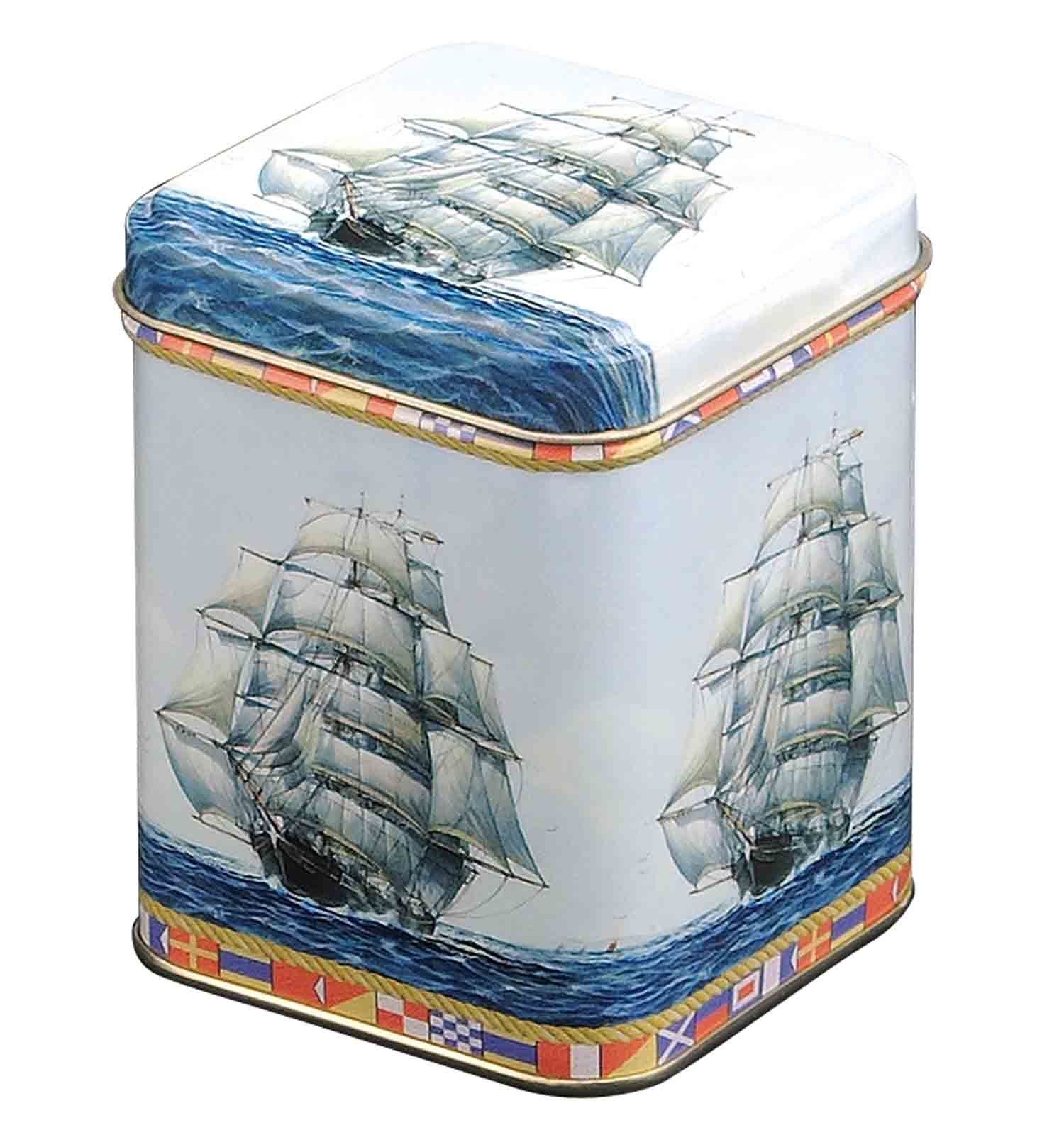 Much collectable tin metalware survives from the 19th and 20th century, a time when many food products were kept fresh by packing and sealing them in tins. Examples of food that was sold in tins range from coffee and tobacco to beverages, biscuits and snack foods.

Many of these collectable metal tins in vintage styles are classified as antiques today and some are extremely rare and sought after pieces.

In the late 18th century food in tins became highly desirable. Food sold and stored in tins was sanitary and therefore healthier, than food sold in open containers.

Vintage tins and metalware are part of our heritage. Each period of history has its own different styles. The 1850-1899 collectable tin metalware period includes lockable tin biscuit boxes, money boxes and even childrens toys from the era, such as model tin merry go rounds.

It is thanks to the development of cans and tins that iconic brands exist. Branded products became important during this time because food produced by companies that used tins could be trusted. If it was in a tin it was safe to eat. Collectable branded tins of this kind make up a large selection of the collectable metalware available.

Examples of Art Nouveau original collectable tin metalware , such as trinket boxes and vintage tea caddies, are appealing to collectors. Pieces from this era demonstrate how advancing print technology enabled more ornate and colourful decorations on the collectible tins and metalware.

Post-1940 collectable tin metalware is available in complex shapes and the graphic resolution of these examples is often high quality. This eras style can have a look that is comparable to the modern day versions of the product, but are still widely collectable.

There are many examples of modern day collectable tins, usually targeted at children and featuring colourful pictures of cartoon and computer game characters and movie heroes.