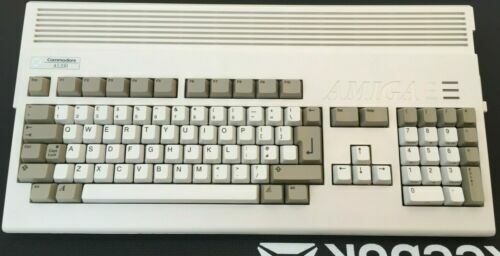 The Commodore Amiga is notable for its graphics power and sleek user interface, attracting a firm body of computing enthusiasts for several decades. With each new model introduced at computing festivals across the world, Commodore has added new features and more raw power to an already well-received base, which became popular for its creative software and gaming options. From the Amiga 600 to the Amiga 4000, you can find a large collection of different Amiga products on eBay, varying in model, condition, and user customisation.

What Commodore Amiga 1200 upgrades are possible?

The most common Amiga 1200 upgrade is to increase the available amount of ROM by inserting a new chip. Other upgrades can be performed, though; typically by adding external Hardware, such as joysticks. Amiga products and external hardware an be purchased used from eBay and may already have been modified by previous users. If you intend to modify your own Amiga, each product may have a slightly different procedure, so refer to the manufacturers instructions.

How should a Commodore Amiga 1200 be maintained?

The Commodore Amiga 1200 shares many hardware features with other Amiga models. Whilst it does not have an on-board battery, it does have capacitors, which will require maintenance.

What Commodore Amiga 1200 games run smoothly on that model?

What is different between each Commodore Amiga model?

Since the first Amiga model was released in 1985, these computers have undergone development and improvement. All Amiga computers aimed to prioritise a user-friendly interface and boast strong graphic capabilities and creative software. Each generation, however, differs slightly in terms of available functions.

Content provided for informational purposes only. eBay is not affiliated with or endorsed by Commodore Amiga.
Tell us what you think - opens in new window or tab