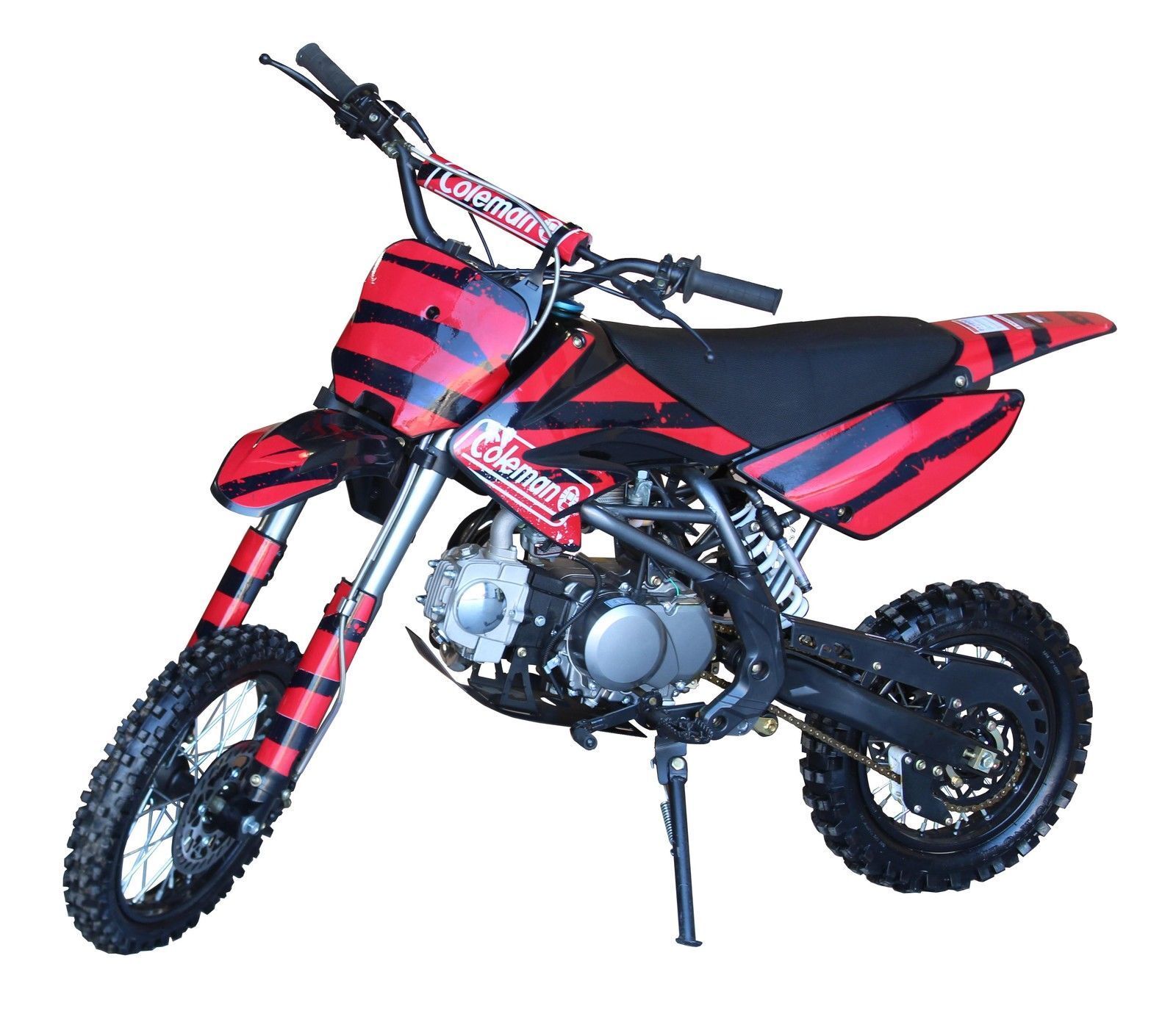 Dirt bikes range from mini quad bikes to mini motos and even electric bikes. Dirt bikes have varying levels of power, known as the CC and this determines how fast the bike can travel across rough terrain. Models of dirt bikes include Honda, BMW, Yamaha, Triumph and Suzuki.

Standard dirt bikes are geared the lowest. They have a lower gear can give you a much better level of acceleration. This enables the rider to build up speed incredibly quickly regardless of what terrain they are riding on. Dirt bikes dont have instrumentation and they do not have warning lights either. This makes them unsuitable for riding on roads and in public places. Dirt bikes are suited to off-road tracks, open fields and rough terrain.

Trail bikes have much higher gears. This gives the rider the chance to control their throttle to a much more efficient level. A trail bike wont ride the clutch over obstacles as much when compared to other dirt bikes. They are known for hitting their top speed very easily and they are incredibly suited to gravel roads. Trail bikes have an instrument panel that displays the cooling temperature, the oil light and a speedometer as well. Some trail bikes do not have warning lights or other common features on the instrument panel.

Dual sport dirt bikes are designed so they can offer you a good all-round experience. They are street legal. Dual sport dirt bikes have speedometers, fuel gauges, trip meters, cooling temperature controls and oil lights. These bikes are great for riding on the road and on off-road terrain. They are more suited to those who have experience riding dirt bikes and they are also suited to those who want an all-round bike that can ride on different terrain.