Up to 50% off football products 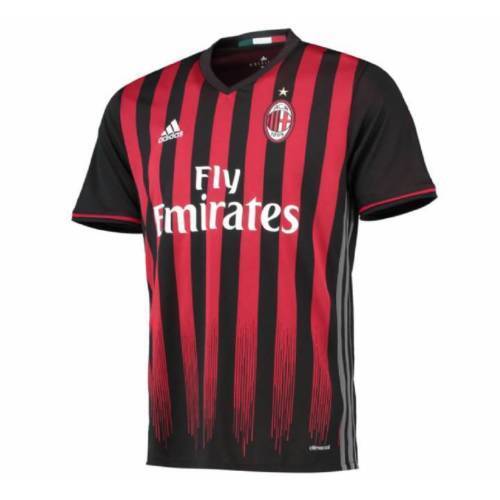 Wear your pride of your club upon your chest with football shirts, both vintage and new. Much sought after classic shirts from bygone seasons can be found alongside childrens shirts and current team wear from clubs around the world, ideal for both the avid football fan and collector.

Some football shirts hold special significance because they were worn by a team during a particularly successful season. For a fan who likes to collect their teams shirts there is an opportunity to find that rare vintage or iconic strip.

Maybe you want to impress your friends on the football pitch with a new hard to find top? There are shirts for both adults and children from some of the most famous clubs in the world as well as national teams.

One of the most iconic football strips belongs to Manchester United and the players shirts have borne the name of several sponsors over the years. The famous Sharp home and away shirts were worn in the early 1990s by legends including Eric Cantona, David Beckham, Peter Schmeichel and Paul Ince. Other Manchester United team shirts include the 2013/14 season when the sponsor was Aon and this seasons stylish version, sponsored by Chevrolet.

For the young Chelsea fan there are childrens home shirts from the legendary 2011/12 season when the team famously won the Champions League final, as well as smart away and home playing tops from this season.

Any Celtic fan will be pleased with a current season New Balance home shirt, while Liverpool home and away shirts both retro and recent, plus team polo shirts can also be bought, for both children and adults.

Other British team football shirts can be found from clubs including Manchester City, Leeds, Aberdeen, Nottingham Forest and Newcastle United.

Shirts from clubs outside the UK can be bought including those from Real Madrid, Inter Milan, Barcelona, AC Milan, Borussia Dortmund, and DC United. International shirts are popular, particularly during the World Cup and European Championship.

The passionate England fan could choose from a selection of red England away shirts, including a retro 1998 World Cup shirt, or white home shirts, such as a vintage one from the early 2000s, as well as childrens shirts, polo tops, training tops and tracksuit tops.

Other international shirts, for men, women and children can be found from Germany, Brazil, Spain, USA, New Zealand, the Netherlands, Italy and Mexico, among others.