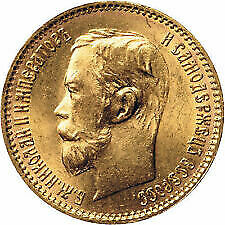 Grab a Piece of British History With the Gold Sovereign

The beautiful British full-gold sovereign is a glimmering relic of British history and is widely available for sale on eBay for collectors. Heres some information about this coin as you go about your search for the exact issuance of the coin that strikes your interest.

What is the British full-gold sovereign?

The British full-gold sovereign is a gold coin with a nominal value of 1 pound sterling that has been minted from 1817 until the present day. On its front, the coin depicts the face of the British monarch who reigned at the time of the coins minting. It was in circulation in Britain up until 1914, at which point it was replaced by paper notes. From 1914 until 1979, the full-gold sovereign remained fairly common as a trade coin in the Middle East and in other places around the world. Since 1979, it has become a collectors item specially minted for the bullion market, and it has in recent years come to bear a picture of Saint George and the Dragon on the reverse side. Its also common to see the initials B.P., for Benedetto Pistrucci, the coins designer, to the right of the coins date of issue. Although it is no longer in formal circulation, this coin is still considered legal tender in the U.K.

What is the British sovereigns specifications?

The British gold sovereign is made of 91.7% 22-carat gold and 8.3% copper. It is exactly 22.05 millimetres in diameter and weighs precisely 7.98805 grammes. It is also 1.52 millimetres thick. The coin has a milled edge, but some minted coins that were not intended for circulation simply have a plain edge. There are also half sovereigns available for sale on eBay that have the same metal content as the ordinary sovereign, but they are smaller and weigh only half as much.

How does pricing for gold sovereigns vary?

In general, the older sovereigns, as they were minted earlier, are considered the most-desired and most-difficult-to-obtain collectors’ items. This is reflected in the price of all of the sovereigns that you will find for sale on eBay. Some generalizations to keep in mind include:

What do you do with British gold sovereigns?

A British gold sovereign is an ideal purchase or gift for coin collectors, numismatists, British patriots, or other enthusiasts of British history who wish to have a small piece of that history in their hands. Theyre also good for collecting or attempting to diversity your investment portfolio.

Content provided for informational purposes only and does not constitute investment advice.