Save on Gucci Men's Fragrances and Aftershaves 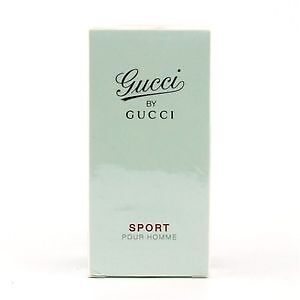 The scent of Italian luxury from one of the worlds most famous fashion houses is captured with Gucci mens fragrances and aftershaves.

Gucci has been producing perfumes since 1974 and now sells some of the most sought after fragrances and aftershaves for men. The stylish and sophisticated man is sure to find his signature scent among Guccis line-up of captivating fragrances.

The gold and amber scents are poured into striking bottles, which reflect the style and luxury for which the brand is famous. The bottles are emblazoned with the iconic double G logo and will be proudly displayed in any bathroom or bedroom. They are available in a range of sizes including Gucci sample size ranges, which you can get in Gucci aftershave gift sets .

The House of Gucci was established in 1921 by Guccio Gucci when it began producing quality leather goods, and its clothing and accessories have since become status symbols. Gucci Nobile was launched in 1988 as Guccis first fragrance for men.

Gucci produces its mens fragrances as eau de parfums , eau de toilettes, colognes and aftershaves. An aftershave contains the least amount of perfume oil and is made with ingredients to cool and soothe the skin after a shave. An eau de parfum has the highest concentration of perfume oil, followed by eau de toilette and cologne. These are not suitable to splash on the face.

Other bestselling Gucci mens fragrances are Gucci Pour Homme II, with notes of violet leaves, cinnamon, pimento and tobacco leaves and Guccis Made to Measure. This is inspired by Gucci tailoring and contains notes of French lavender, bergamot and aniseed.