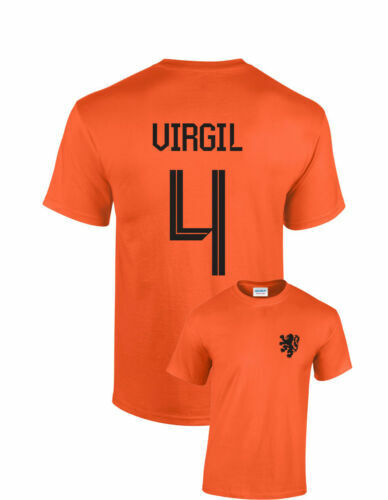 Be Brilliant in an Orange Holland Shirt

Looking to show your love for Total Football and support the Netherlands National Soccer Team? Be brilliant in orange with a Holland shirt, which can be found on eBay.

How do you recognise a Holland shirt on eBay?

Holland or as they are officially known, the Netherlands National Football Team, are the national soccer team of the Netherlands. In Dutch, this is often referred to as Het Nederlands Elftal, The Dutch Eleven. The team play in the Dutch national colour of orange. Dutch football is controlled by the governing body, the Royal Netherlands Football Association. In Dutch, this translates as Koninklijke Nederlandse Voetbalbond, shortened to KNVB. The team are nicknamed Oranje (Orange) after the Royal House of Orange-Nassau but like the country itself, they are often referred to as Holland. Any of these terms might be used in the listing on eBay of a Holland shirt. Try different combinations, particularly if you are looking to see the listings from international vendors. Shirts for the first team are traditionally orange with white shorts and orange socks. The away kit is light-blue with dark-blue shorts, and light-blue socks.

What range of Holland shirts are available to buy on eBay?

When you search for a Holland shirt on eBay there are many different styles and sizes available. Shirts from previous seasons take the basic orange shirt and white shorts scheme and redesign them to offer many variations. Search for your size, and look for the era or year of production, which might be in the item title or description.

What should you expect to see on a Holland shirt?

There are certain design features that appear on many Holland shirts. Here are some things to look out for:

Content provided for informational purposes only. eBay is not affiliated with or endorsed by the Royal Netherlands Football Association, Total Football, or Nike.