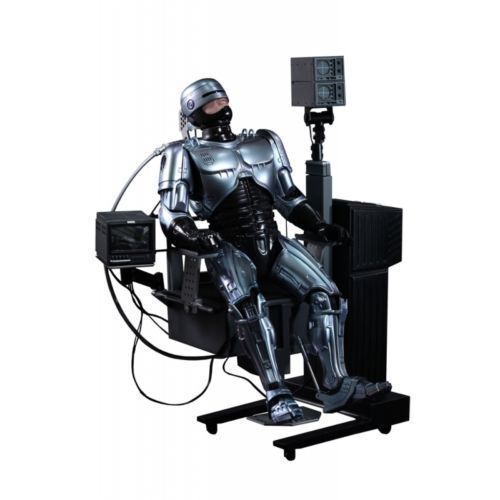 Hot toys are a Hong Kong manufacturing company that design, develop and sell collectible merchandise around the world. They are particularly well known for creating plastic model action figures of famous characters and celebrities from popular action films, videos games and a number of different celebrities too.

There are a wide range of Hot Toys action figures available that vary in character design, so no matter what your favourite action film is, there is most likely an action figure for you. These are known as collectible items because a majority of the figures are meant to be standing on the supplied plaque or in a specific position that would look great in a display case. These action figures are a collectors paradise as they are all produced with a great deal of detailing and intricacy, making them a very popular product worldwide.

From older classics to new modern films, there are a wide range of action figures to choose from, ensuring you can find your favourite characters to add to your collection. From Star Wars, Indiana Jones to Pirates of the Caribbean action figures , you will be delighted to see the accurate replicas of some of your favourite film heros.

If youre into your celebrities, youll be excited to hear that there is also a large range of celebrity action figures. This allows you to collect your favourite actor, musician or sports personality, including the likes of Eminem, Christian Bale and Bruce Lee.

There is also a range of other action figures available that Hot Toys have made from characters from different media outputs. This includes TV series, videos games and Disney characters such as Mickey Mouse, Prison Break and Assassins Creed.

All action figures that have been manufactured by Hot Toys are built to a 1:6 scale. Each figure boasts amazing, high quality facial features making the figures look as life-like as possible. They use a parallel eyeball rolling system as well as interchangeable face techniques that helps produce the high quality of each and every collectible figure.

The action figures come in a protective box and include the related accessories for the specific character or celebrity. The products have been licensed to its corresponding company, e.g. Marvel and some feature a nameplate and films logo where relevant.

The Hot Toy Action Figures are perfect for collectors who are big fans of action films and want to expand their film or media merchandise collection. These action figures are ideal to display on a shelf or in a display unit , where they can be admired for years to come.