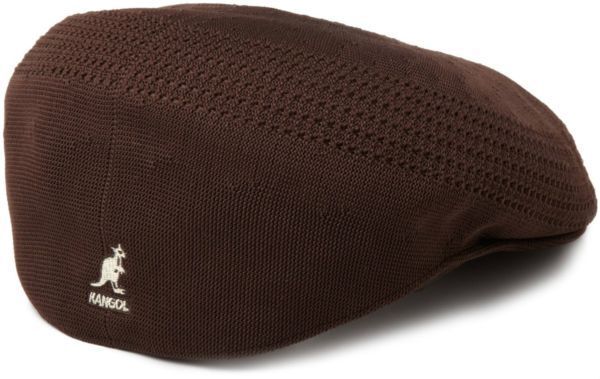 The Kangol brand was created in the 1920s in Northwest England, when founder Jacques Spreiregen combined the K from knitting with the ANG from angora and the OL from wool to create what would become one of the worlds best known names in mens hats.

Initially a major producer of military berets and caps , this same blueprint was used to create some of the most easily recognisable headwear in the world. A fusion of high quality materials, durable build, comfort and style is key when it comes to Kangols range of hats. Their collection of woollen hats is very popular.

Kangol mens hats are available in a wide range of styles, from a woollen tweed herringbone or cable knit cap, to the dapper style of the LiteFelt trilby and pork pie range. Flat caps , fedoras, baseball caps and bucket hats are also part of the Kangol range of masculine headwear. These smart caps and hats come in numerous colours, including natural muted tones and brighter, bolder hues.

Kangols Heritage, Sports and Street collections feature a variety of headgear suitable for all tastes and styles, making an interesting addition to the wardrobe of any man who enjoys wearing hats for all occasions. Famously worn by members of the British Royal family, The Beatles, and given a resurgence in popularity by hip-hop artists, the famous Kangaroo emblem of Kangol has become synonymous with pop culture.

Caring for your Kangol Mens Hat

When purchasing a Kangol mens hat, youre likely to find this brand is at the higher end of the price range, but this is to be expected from a hat brand of this quality. Usual wear and tear is likely if your Kangol hat gets a lot of use. Over time its possible that the hat may stretch, but closely following the care instructions should keep it in good shape for years to come.