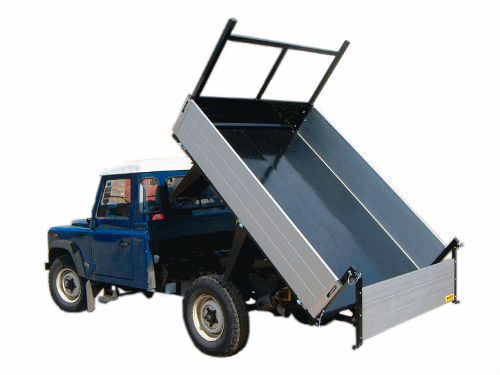 Launched in 1948, the Land Rover Defender is famous for multiple reasons, like its robust style, excellent performance and durability. With multiple special editions and a long line of choices of engine, this Land Rover is a timeless classic.

This car is employed by many armies, including British and Australian defence forces, as well as British emergency services and the German government. Being so widely used through official channels should attest to the ability and performance of the Defender. With a powerful petrol V8 engine or a diesel I5 engine, the Defender is capable of immense power for all terrains.

Up to 5.0 litres is offered for the enviro-friendly petrol engines and 2.8 litres for the more fuel-efficient diesel engines, so you can go further off-road than before, which is especially handy for the army-type vehicles. Automatic four-speeds are available or a five/six-speed manual, so you can tailor your ride to personally fit you.

Cruise comfortably at high speeds with the Defender, and have the ability to tug heavy loads speedily with a winch, even while on hills, with the Defender Pickup. The Defender promises to be economical and save you money all while being as friendly to the environment as possible. Unique off-road tires make the car able to travel on any terrain, in any environment.

Sit in the sun and drive with the wind against you with the removable soft-tops versions, offering you the safari car experience wherever you go. Feel iconic and amazing in a car that is famous for the Tomb Raider edition as well as being in the Tomb Raider movie alongside Angelina Jolies Lara Croft.

You never know, you may be able to bag the now discontinued and super-rare M52 South African edition.