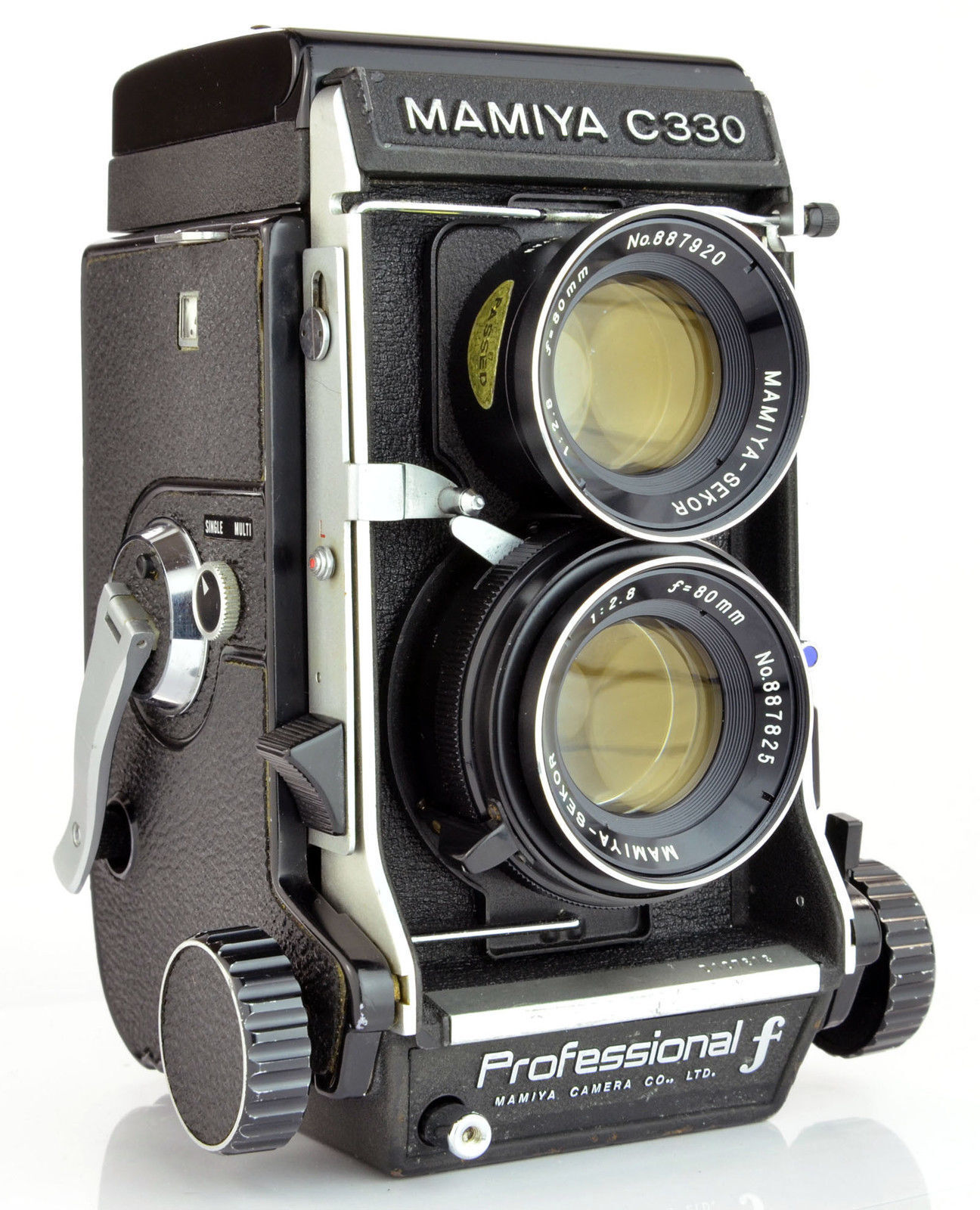 Mamiya is a Japanese company which has a long established reputation for producing photographic and optical equipment of the highest quality and specification. A broad range of Mamiya film cameras are available across several categories including medium format, TLR, SLR, professional press and rangefinder designs and feature models such as Mamiya F4, Mamiya F, Mamiya 1000 S, Mamiya 330 and Mamiya 500.

Larger and wider film is typically used for medium format Mamiya film cameras, with anything larger than 35mm and 6 x 9cm or smaller considered to be medium format. Such cameras are a popular choice with professional photographers and photo artists as medium format shooting will offer a higher resolution and print size. Importantly, in contrast to digital photography, medium format film yields a unique natural colouration resulting in realistic images which are closer to what our eyes see in the real world.

Other types of Mamiya film cameras include rangefinder cameras . This type of camera was hugely popular in the 1950s and is so called as it brings images into pin-sharp focus by using a split image rangefinding device. This device measures the subjects distance and displays two superimposed images so once the camera dial mechanism is turned to line up the two images the shot will then be in perfect focus, removing the need to look through the camera lens.

There are a variety of photographic accessories which can be purchased with Mamiya film cameras which allow for experimentation and photographic exploration. Such add-ons include wireframe sports finders for fast action shots, back spacers for plane adjustment and extension tubes for close-up shots.

Several professional standard Mamiya film cameras also come with tripod mounts on both vertical and horizontal axes and also have optional handgrips which can be attached for freedom of movement.

Some Mamiya film cameras will be sold with protective cases or bags and neck or wrist straps so that you can keep your camera close to hand for spontaneous photo opportunities. If you are looking to build your photography kit up quickly look for other items which may also be bundled with your camera purchase such as cleansing kits, film, filters, flash, lens, shutter release or tripod additions.