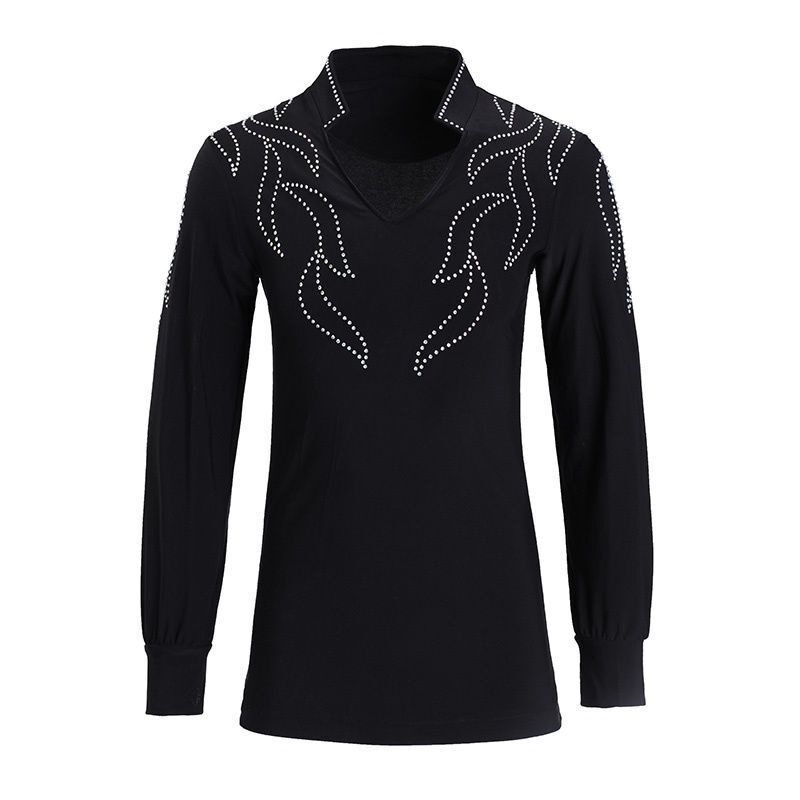 Whether a professional or hobbyist, dancewear is a vital part of a dancers art. The outfit must be appropriate to the task at hand, enabling the dancer to move in a free and safe manner whilst accentuating and aiding the theme and purpose of the dance being undertaken. Though many varieties of dancewear have retained a traditional appearance, most are made from modern materials allowing them to be comfortable as well as robust. The type of mens dancewear used depends on the style of dance in question.

Ranging from black and white shirts and more sophisticated suits, mens ballroom and Latin dancewear tends to be flamboyant and colourful, typically decorated with extravagant designs or accessories such as sequins. They usually come in several pieces, consisting of a pair of trousers, a shirt and sometimes an overshirt or blazer. Most mens ballroom and Latin shirts come with a built in strap to ensure that the shirt doesnt become untucked.

Modern styles of dance typically incorporate a wide variety of clothing types, sometimes at the same time. Tight fitting clothing beneath a looser, outer layer is not uncommon, especially in modern, tap and jazz dancewear . This clothing for this style is less easily defined as it may range from tap dancing shoes and knee pads to more contemporary dress up costumes.