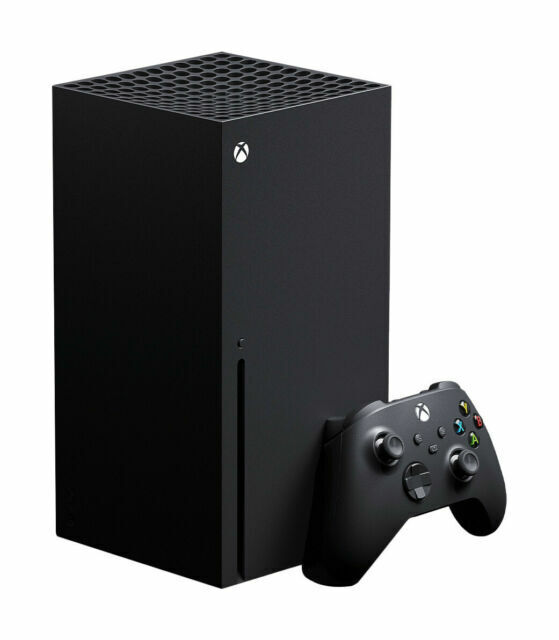 If you're a serious gamer looking for an absolute powerhouse of a console, then it's worth checking out the Xbox Series X. Launched in 2020, this quickly became Microsoft's flagship console. With heavy-duty graphics, a powerful processor, and an ergonomically designed controller, the Series X represents a high watermark in the evolution of the Xbox. Treat yourself or the gamer in your life to one of these mighty machines.

What specs does the Xbox Series X offer?

Here are some of the specs that you'll discover when you pick up an Xbox Series X:

What is the Xbox Series X controller like and what about accessories?

The Xbox Series X controller builds on classic lines already familiar to Xbox users. It has a similar shape to previous generations of Xbox controllers but has been improved in some areas. It has a matte finish, with a tactile texture that offers increased grip when playing. It's also slightly more rounded, making it more comfortable for smaller hands. One big difference between the previous generation is the introduction of the Share button, which allows quick screenshots. The Series X is also compatible with previous generations of controllers and accessories. It comes supplied with an ultra high-speed HDMI cable.

What else should you take on board about the Xbox Series X?

Games that have been developed with the MS development kit are specifically designed to work well on the Xbox Series X, offering improved loading times and visuals at up to 120 FPS. The RDNA architecture in the X Series' graphics card allows for very realistic 4K lighting which is especially noticeable in first-person games. Parallel cooling has been used in the hardware to keep the processor working in an optimal state while not making noises that might interfere with your gaming experience.