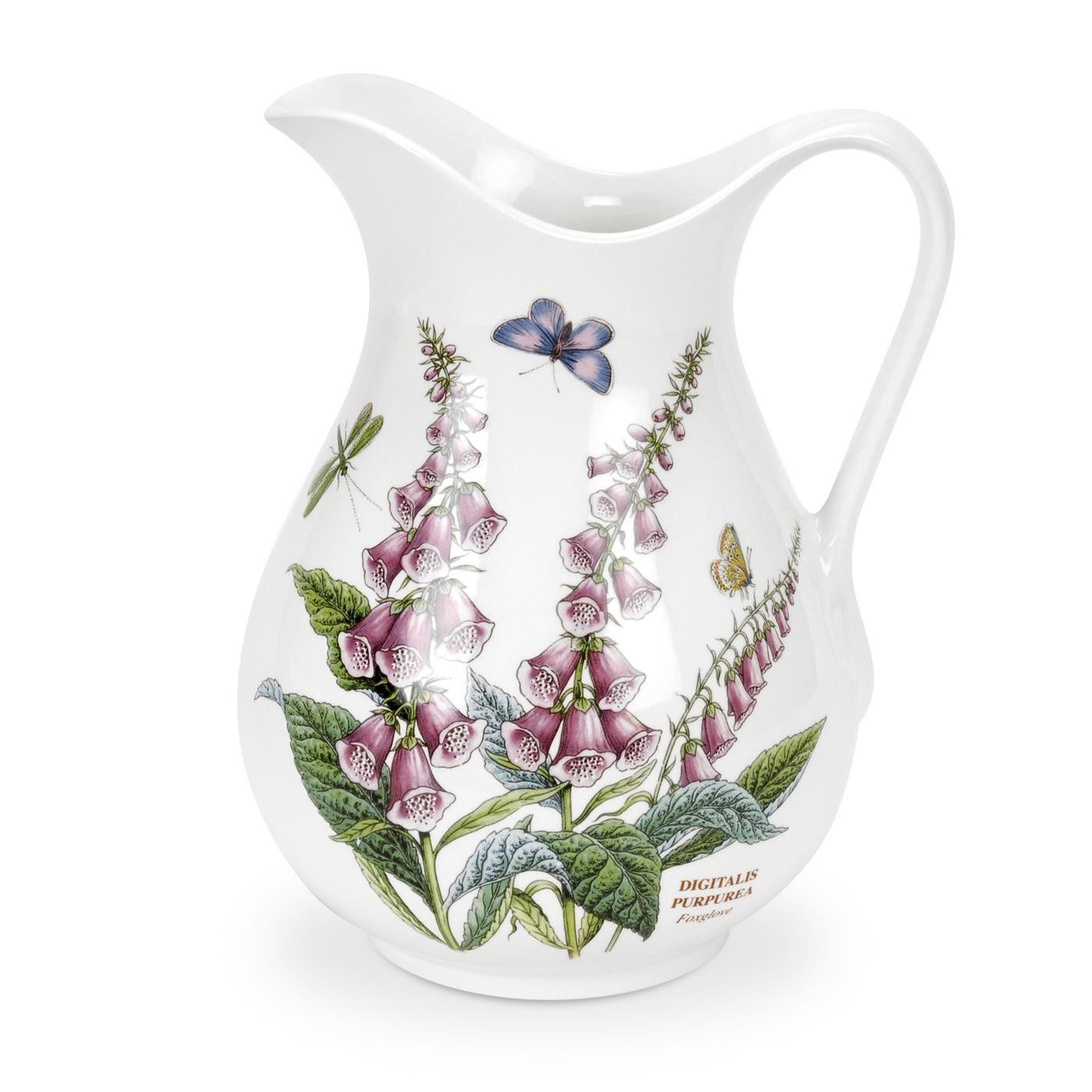 The Portmeirion Company was established in 1960, in Stoke-on-Trent, by Susan Williams-Ellis and she designed both the patterns and shapes of the ceramics. Susan died in 2007 but Portmeirion Pottery is still produced today, with designers such as Sophie Conran and Ted Baker creating lines.

Portmeirion Pottery is well known for its Botanical Garden theme tableware, which was first produced in the 1970s and which was inspired by Susans interest in Victorian botanical illustrations. Other highly collectable pieces include pottery from the early Malachite and Moss Agate ranges, which had limited productions and designs from the Tivoli and Cypher lines which were popular in the 1960s for their bright colours and abstract designs. Among the pieces available are second-hand ceramics, factory seconds and brand new pottery.

Antique Portmeirion to look out for includes items from the 1960s Totem range which was distinctive for its tall cylinder shape decorated with patterns from native American culture; the Cypher collection, produced between 1964 and 1973, which had a pattern which resembles ancient inscriptions and were made in green, brown, blue and white; and the fruit-decorated Pomona range launched in 1982.

Those who prefer more contemporary Portmeirion should lookout for tableware designed by Sophie Conran who launched her first range with the company in 2006 and was still working with Portmeirion in 2017.