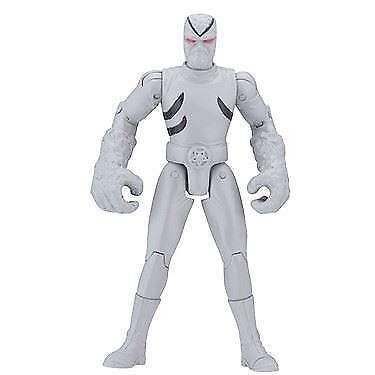 Power Rangers is a popular American franchise that has been developed into TV shows, movies, video games and merchandise. The success has included 23 television series and 2 films, including a range of popular toys created by Bandai. One range of toys that are particularly popular are the Power Ranger action figures. Popular around the world with people of all ages who enjoy this group of superheroes, action figures are great to enhance a collection or to recreate your own storyline with.

The characters of the Power Rangers have differed over the years, however they all tend to be themed around colour. The Power Rangers figures include Red Ranger, Yellow Ranger, Black Ranger, Pink Ranger, Blue Ranger, Green Ranger and White Ranger.

Each ranger in known for having their own individual power weapons typically being a power sword, power lance, power cannon, power bow, power daggers and dragon dagger. Once youve collected all the Power Rangers, youll be able to combine their weapons and excitingly create the Power Cannon within the imagination of your stories. The Power Cannon in the programme is a large bazooka, black and gold in colour, which shoots powerful balls of energy. It can only be created when three of the Power Rangers team together.

Action figures are a popular form of toy that are designed and scaled to look like the real life, on screen character. Common with children, it enables them to play with the characters and use their imagination to create their own stories or reenact scenes from the programmes themselves. Power Ranger figures allow fans to have their own favourite character in the palm of their hand!

With a quality look and feel, Power Ranger figures have a unique style. Detailed design and craftsmanship means you can play with these toys or have them proudly on display, making the action figures great for both kids and collectors!

For Power Ranger enthusiasts there is no doubt that these Power Rangers TV movie and video game action figures will ensure youre shouting Go Go Power Rangers! for a long time to come.