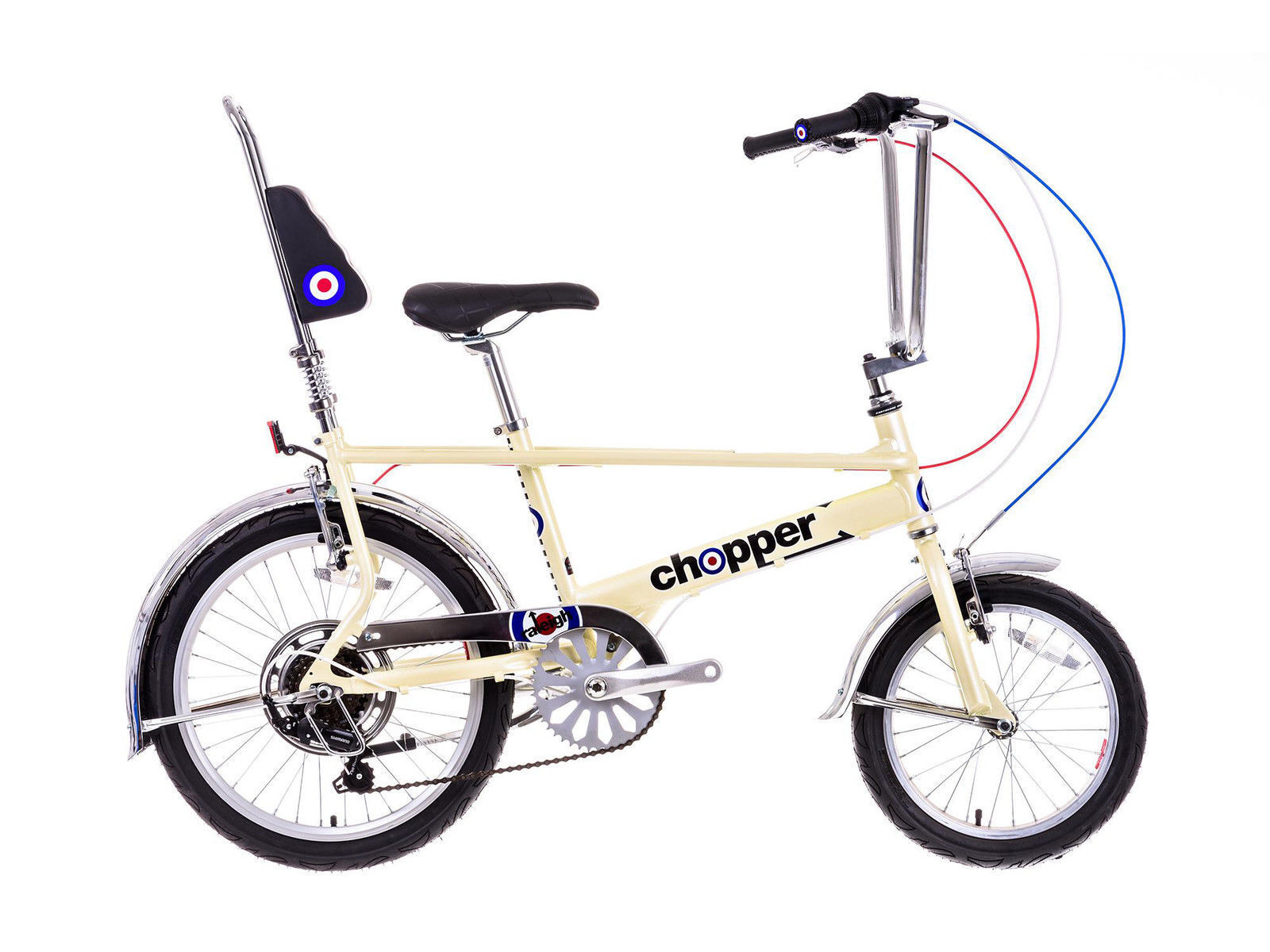 Ride in Style with a Raleigh Chopper

The Raleigh Chopper is one of the iconic British inventions of the latter half of the 20th century. This iconic wheelie bike captured the hearts of children of all ages with its motorbike-like design giving it a feeling of real speed, and its comfortable and accessible seating and positioning making it easy for anyone to ride. You can find this versatile Raleigh Chopper on eBay.

What colours are Raleigh Choppers available in?

The iconic look of a Raleigh Chopper is that of a red bicycle. However, this bike is available in many other colours too. Blue is one such option, as are green, yellow, silver, and plenty more. You can even choose to paint it yourself any colour.

What is the difference between an Mk1 and Mk2 Chopper?

The Mk 1 and Mk2 Raleigh Choppers refer to the original version of this bicycle and an updated improvement release a few years later, respectively. While essentially the same machine, there are a few differences that set the two apart, making it important to check any eBay listings carefully to make sure you know which type of Chopper youll be buying. Some of these differences include:

The Raleigh Choppers thick, padded seat is one of its main points of appeal. The comfort of making it nice to sit on and how high up it places you is appealing to many, and its length makes it easy to give others a ride. In general, it is possible to adjust the Choppers seat height with little effort and some basic tools, letting you decide how high up you wish to be for an easier pedaling experience. Check the manufacturer site for more details as you choose your new Raleigh Chopper from eBay.