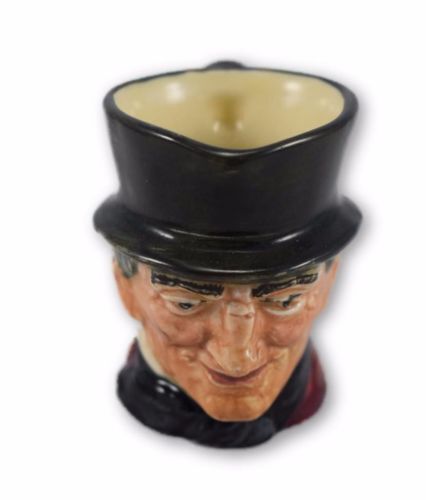 A Toby Jug depicts a character, often famous and usually but not exclusively male, dressed in clothing associated with the 18th Century and often shown with a drinking glass, a beer jug and/or a snuff-box, giving the impression that the character is somewhat inebriated.

The origin of the Toby Jug and the inspiration behind the idea is a subject of some dispute, but most are agreed that the earliest examples date from the mid-1700s. The oldest examples tend to show the full-length character, whilst later additions may show them only from the neck up and lack additional features.

When looking for the latest addition to your Toby Jug collection, one of the best ways to shop, if you know what youre looking for, is by date. Starting with pre-1840 and then progressing in roughly 20 year periods until the most recent category, which is 1980-present. Passing through different periods in design such as Art Nouveau (1900-1919) and Art Deco (1920-1939), making your selection by date allows you to narrow down your search. The price corresponds to the antiquity, with the older Toby Jugs being the most sought after and therefore the more expensive.

Royal Doulton produce an array of different Toby Jugs. Collectors with something specific in mind might like to make their selection according to type - British, American, Dogs and Beatrix Potter are all options available with something unique in every category. In British Toby Jugs you will find characters from fiction and history, such as Ann Boleyn, Merlin or Long John Silver and traditional career jugs too such as Beefeaters and fishermen.

The American selection is similar, offering American equivalents such as Native American Indians or George Washington. In Dogs and Beatrix Potter, you will find a selection of decidedly inhuman characters; a range of different dog breeds and delightful character depictions from the Beatrix Potter books such as the lovely Jemima Puddle Duck.