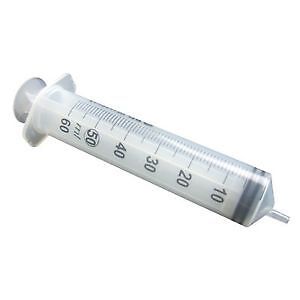 Medical syringes are manufactured either as two or three-piece units. Two-piece units consist of the barrel with graduation marks and an internal plunger that is engineered to perfectly fit. The second type, the three-piece syringe, consists of a barrel, a plunger and a synthetic rubber plunger cap to form a better seal and a smoother action.

Hypodermic needles are thin hollow tubes made from stainless steel through a process called tube drawing. Their bore is defined by ISO standards and at the tip the needles have either a standard bevel, a short bevel or a true short bevel. These needles are extremely sharp and consequently can easily penetrate skin, hence their nickname, “sharps”.

The gauging system for needles dates back to the industrial revolution, invented to describe the thickness of wire. The gauge number for needles is often abbreviated to G and for injecting needles the gauges generally range from 30G (the finest) to 21G (the thickest). To aid the visual identification of needle gauges, a colour coding system has been introduced with examples including green (21G), black (22G), blue (23G), brown (26G), orange (25G), grey (27G) and yellow (30G).

Hypodermic needles are highly sterile and therefore perfect for medical applications by doctors, nurses, dentists, paramedics and research laboratory scientists. The needles are extremely smooth, preventing airborne pathogens from attaching to them. Because they are sharp they significantly reduce the diameter of the hole left after the injection, preventing microbes larger than the hole from contaminating the skin.