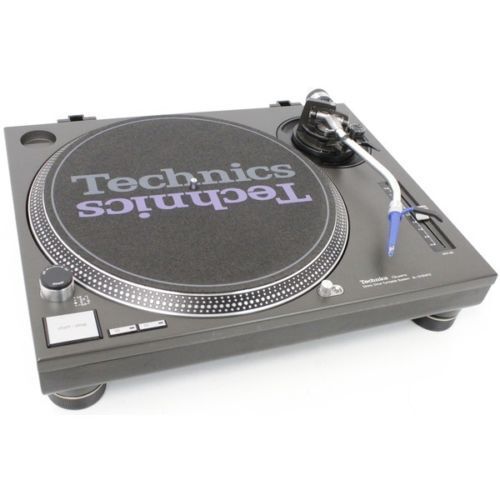 A brand of the Panasonic electronics company, Technics built a reputation for making both professional DJ turntables and those for the home consumer market. When looking for DJ turntables that Technics has made over the years, seek out those from the SL1200 range since these became the industry standard in much of the world from the late 1970s onwards. Although initial models were aimed at general consumers, their direct drive mechanisms meant these turntables were often championed by the then newly emerging hip-hop artists in the United States.

What Technics DJ turntable model should you buy?

Each of the professional DJ turntables made by Technics was widely used by performance DJs, especially those who engaged in scratching, but they also found their way into many clubs, bars, and even radio studios. As such, no one model can be said to be the classic that is worth purchasing before any other. Indeed, you can often find mint-condition, used Technics DJ turntables for sale on eBay as they are extremely robust pieces of audio equipment. Buy a pair of them, rather than a single unit, if you want to DJ, because you wont be able to mix between tracks with only one.

From 1972 until 2010, Technics manufactured several different generations and product variants of its SL1200 turntables. From 1979, an MK2 version was made with a detachable lid that would sit in place neatly when you put it back due to small magnets inside it. Four further generations of Technics SL1200 DJ turntables followed:

What are the strengths of the DJ turntables Technics made?

The overall design of the SL1200 made use of Technics then pioneering direct drive system, which offered a great deal of reliability with cueing, and this is why scratching DJs tended to prefer them. The range included adjustable rubberised feet, allowing them to be used in a variety of settings without worrying too much about jumping. A frequency generator servo control quartz lock mechanism was also introduced by Technics, ensuring that their turntable range kept consistent time.