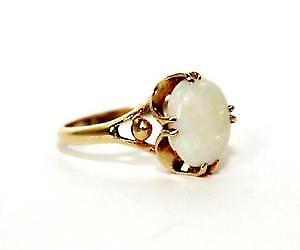 A unique piece of vintage and antique jewellery promises to be a gift that will be treasured forever. With a selection in distinctive period styles a one-off vintage gem will impress lovers of jewellery and antiques alike.

Whether you are looking for a present for a landmark birthday or special anniversary or you want to present the ultimate engagement ring or wedding band that stands the test of time, you will find it amongst the range of vintage and antique jewellery.

Sparkling diamonds, stunning sapphires, pearls and rubies were among the most popular gemstones for jewellery from bygone eras, or choose more affordable paste, which is made from glass to imitate a precious stone. Brooches, necklaces, earrings, bracelets and rings are all available from different periods, from the more ornate Victorian and Edwardian eras, to the simple but elegant Art Deco-style and the retro 1960s.

Jewellery has been worn by men and women since ancient times, but items from the 19th and 20th century are more widespread and popular today. Victorian jewellery dates from the period Queen Victoria ruled, from 1837 to 1901, which was also known as the Romantic period. Jewellery in the design of a serpent was fashionable after Prince Albert gave Queen Victoria a ring in the shape of a snake, which symbolised eternal love. Flower designs, formed from gold and gemstones were also common. When Prince Albert died and the Queen went into mourning, jewellery made from black Whitby Jet and black glass became more popular.

Edwardian jewellery was made to reflect the elegant lifestyle of King Edward and Queen Alexandra. Pearls, diamonds, and platinum were favoured and jewellery designs were inspired by garlands, bows, tassels and laurels.

The Art Nouveau style was also popular at this time, but was distinct from the classic Edwardian style of jewellery. Art Nouveau jewellery has soft and curved shapes and lines and designs were inspired by nature, such as flowers, birds and animals.

Sometimes a piece of jewellery can tell a story of a particular point in time, such as suffragette jewellery which also worn by women during this era. This is a style which has become more common among antique collections in recent years. Suffragettes fought for womens right to vote and suffragette jewellery is characterised by its femininity and colours of green and purple.

In the 1920s and 1930s Art Deco became the popular style. Jewellery from this period is characterised by its geometry and symmetry and was influenced by Cubism and Futurism, alongside ancient Egypt.

Retro jewellery from the mid to late 20th century including costume jewellery and more expensive pieces, can also be found amongst the collection of antique jewellery.