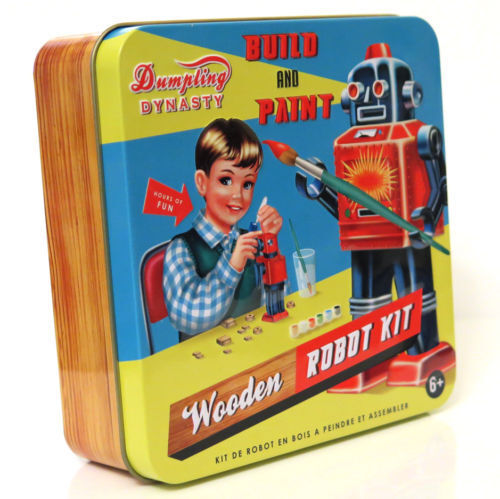 If youre looking for a classic toy to add to an existing collection or are just getting started with collectables, you cant go wrong with vintage and classic robot and space toys. Dating as far back as the 1950s, these unique and quirky toys look great on display and hold their value exceptionally well. They originate from all over the world and there are a huge range of models to suit you, from vintage 1950s Japanese robots to space toys from the 90s and everything in between.

Make sure that you are buying the exact toy that you are looking for. When looking for the right space toy, bear in mind that products with their original packaging are likely to command a higher price both now and in the future. Consider whether it is worth investing in these near mint condition vintage toys or whether you would consider buying opened space toys just to complete your collection.

Many of the most sought after classic robot and space toys were inspired by the race for space from the 1950s and 60s. People were becoming more and more interested in technology and science fiction books and films about robots and space became increasingly popular. Japan worked hard to create imaginative and creative robot tin toys that would appeal to Western markets fascinated by space and related subjects.

These original Japanese toys are extremely collectable and one of the most popular items that collectors try to get their hands on is the first battery powered robot, Astro Boy, which was released in the mid 50s. American toys from the same era are also in demand and include models like Robert the Robot, Marvellous Mike and Z Man.

The fascination with space continued through the 1980s and 90s with many more popular robot and space related toys released in these decades. Transformers rose to prominence in the 80s and original toys from this era are also collectables, particularly models like Megatron, Optimus Prime and Fortress Maximus.

Moving into the 90s, technology was getting a little more sophisticated and one of the most popular toys of the decade was the Teksta Dog, which was the first robotic pet that seemed realistic and was on Christmas lists worldwide. Why not add a pair of the original Rock Em Sock Em Robots to your collection for a real 90s retro vibe?