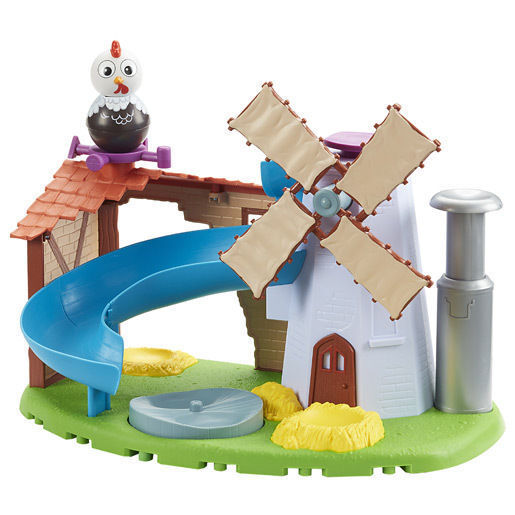 "Weebles wobble but they dont fall down." This famous slogan is bound to bring back some happy childhood memories and there are few toys better to include in any vintage collection than Weebles. First appearing in the early 1970s, Weebles toys rose to prominence in no time at all with a hugerange of models and types of toys on offer.

The earliest Weebles were fat and short featuring peelable stickers, which means originals in good condition are particularly rare. As the toys evolved, they improved and their new designs meant that they could withstand rougher playtime conditions.

Manufactured by classic toy maker Airfix in the UK, the original 1970s family of toys included a father and mother, together with a boy in blue jeans and a red headed girl. The group was rounded off with a brown dog. These original sets can still be found today and are a great asset to any collection of vintage toys .

As the popularity of Weebles continued to soar both in the UK and across the pond, more and more models were created. The Weebles treehouse and cottage were created first, followed by a range of other environments including farms and harbours. Vehicles followed shortly after with rarer items for collectors such as the fire engine and dairy lorry. Also available are the Weeble aeroplanes, police vans, boats and submarines, which all date back to the original 1970s collections.

As the decade moved on, so did the toymakers and even more options came to the market. Why not hunt down one of the classic Disney inspired ranges like the Mickey Mouse and Winnie the Pooh Weebles? There are also Wild West, Treasure Island and even seasonal Weebles items, which can still be found today with some searching.

In the late 70s and early 80s, more advanced Weebles came to the market, including those which featured a free weight rather than a fixed one for a wider range of movement and even more fun. The Tumblin Weebles as they were known are not as sought after as the originals, but they still remain an important collectors item and also come with many different sets. At this time Sesame Street was a very popular television programme and another range of these childrens toys was released including characters from the TV series. Discover an original Oscar the Grouch or Ernie Weeble to add to your vintage toy collection.

Users browsing for Weebles Toys in Weebles usually look at: