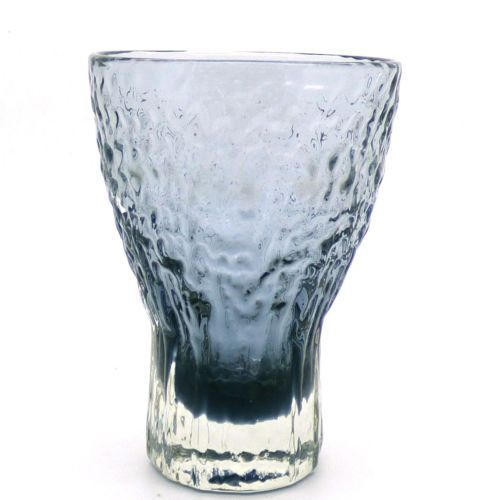 James Powell & Sons, more commonly known as Whitefriars Glass, started life in the 18th century and was the longest running glass house in the UK.

In 1875, the original founders grandson Harry James Powell joined the factory and introduced a more scientific approach to glassmaking. As an Oxford Chemistry graduate, he was keen to innovate with artistic new glass colours and designs.

In 1919 the firm became named Powell & Sons (Whitefriars) Ltd. In 1923 their purpose-built facility was opened in Wealdstone near Harrow. Burning coals were taken in a metal brazier from one of the furnaces of Fleet Street and brought to the new factory to light its furnaces for the very first time.

Nowadays, these pieces are as sought-after as ever and include recognisable Whitefriars ashtrays, vases, bowls, paperweights, tumblers, decanters and many other items. With so much beautiful glassware available now on eBay, why not consider starting your own collection and enjoy a piece of history.

The stunning, iconic Whitefriars glass vases have an intriguing bark effect and are beautifully textured. Having been launched in 1969, the range includes a multitude of colours including Indigo, Aubergine, Tangerine, Pewter, Meadow Green, Ruby, Cinnamon and Kingfisher blue.

The Whitefriars textured glass range incorporates all sorts of trinkets, ornaments and kitchenware. However, the glass prototypes were made using all sorts of materials, even things like nails, bark and wire, to give the textured range of art glass. Distinctive, iconic pieces include the Banjo and Drunken Bricklayer shapes. It was marketed in 1967 in three colours, willow, indigo and cinnamon.

The Studio Range was also launched in the 1960s but these pieces were more complex and expensive to make so production stopped after just a couple of years. Signed with Whitefriars and the date engraved on the base, this range is now incredibly rare and collectible.