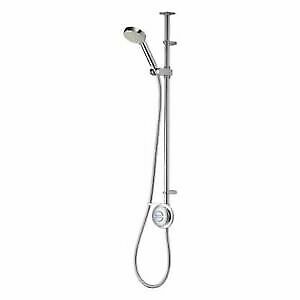 Aqualisa digital showers is a pioneering work of engineering, which enables anyone to take full control of the shower. The ergonomic control, variety of features, and good looks have made it extremely desirable in the United Kingdom. If youre looking for these innovative items, eBay is an active platform to seek Aqualisa quartz digital shower at a reasonable price.

Before buying a new Aqualisa digital shower, it is important to know the type of water system used in your household. If you are able to get a consistent supply of hot water in multiple rooms, then Aqualisa smart shower is the best choice.

Usually, older houses in Britain have a gravity water system where the cold water storage is located on top of the house and hot water cylinder in the airing cupboard. If you have a gravity-water system, it is better to buy a gravity-pumped smart shower.

Similarly, if you have a combi boiler system where the water is heated through a boiler attached to the wall, it is practical to use the high-pressure smart shower.

When to buy Aqualisa mixer showers

Aqualisa also provides a mixer shower, which is known to control the mixing of a hot and cold shower. These showers dont give you a temperature shock, and it is very convenient for elderly users and children. The shower has an automatic cut off if hot or cold water supply fails. Choice of multiple showerheads and bath fillers increases flexibility.

The following are some of the highlights of Aqualisa smart showers:

Content provided for informational purposes only. eBay is not affiliated with or endorsed by Aqualisa.