4.4 average based on 39 product ratings 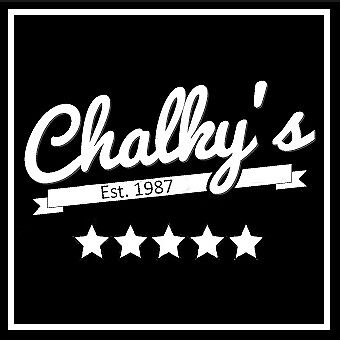 Immediate payment of £5.42 is required.

It's a funny film always makes me laugh

Just what i wanted at a cheap price

I actually bought the stated dvd for a young girl who works in the shop I own. She assures me that she absolutely loves it and thanks you for sending it.

Dude, what was I thinking? I totally went against my own personal policy to avoid Ashton Kutcher in all forms. That's bad - but it gets worse. I thought this movie was funny. I actually enjoyed watched this ode to stupidity. Make no mistake about it - Dude, Where's My Car? is as stupid a movie as you could ever dream of. If it's stupid, and someone (probably a stoner) has thought of it, it's in this movie. Here's the rundown. Jesse (Ashton Kutcher) and Chester (Seann William Scott), two total losers, wake up one morning without any memories of what they did the night before. Obviously, they were wasted - but what else is new? As the day progresses, they discover more and more clues about their wild doings the night before: they partied at their girlfriends' (Marla Sokoloff and a pre-Alias Jennifer Garner) now-thoroughly-trashed house, Jesse got to at least second base with Christie Boner (Kristy Swanson), they spent some quality time down at the Kit Kat Club, and they lost their car. Oh yeah, they also got their hands on some type of powerful alien device, walked off with a suitcase full of money belonging to a gender-challenged stripper, and threw that money around like it was the night before the apocalypse. Now their girlfriends are mad at them, a group of cultist freaks and two sets of aliens are after the alien device, the mixed-up stripper wants her, uh his, money back, and the local tough guys are revving up for an old-fashioned stoner-bashing. All the boys really want is to find their dadgummed car, get the anniversary gifts they assume they bought over to their girlfriends so they can enjoy a special treat, and possibly enjoy the pleasure a group of ugly hot chick aliens promise them in return for the alien device. Some of the things you'll find in this movie are cultists dressed in bubble wrap spacesuits, two weird Swedish aliens, alien chicks who dress like Robert Palmer dancers, ostriches on the attack, a pot-smoking dog, and of course a fifty-foot tall alien. It really is the most ridiculous script I've ever seen. Dude, Where's My Car? makes the Bill and Ted movies look like installments of Masterpiece Theatre. I really, really wish I could tell you how much I hated the whole movie-watching experience - but, alas, I cannot. It does hurt me to say this, but Dude, Where's My Car? is a funny movie that I, as much as I hate to admit it, actually found quite entertaining.

I bought the dvd of ebay after being impressed by what i saw on television, the film itself is full of humour and laughter throughout, having ashton kutcher playing one of the leading roles makes the film even more impressive. on a rating basis i would give this film a 4 out of 5, aslong as your the type of person that can be amused by witty humour this films for you.

eBay Marketplaces GmbH is an appointed representative of eBay International AG (both of Helvetiastraße 15-17, 3005 Bern, Switzerland) and is authorised by the FCA to conduct credit broking for a restricted range of finance providers. We may receive commission if your application for credit is successful.
Back to home page | See more details about "Dude, Where's My Car? (DVD, 2001)" Return to top
Click to enlarge