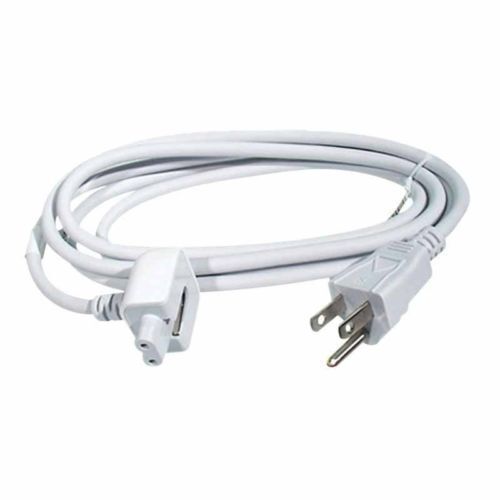 Power adapters for Apple Mac notebooks come in various wattages: 29W, 45W, 60W, 61W, 85W, and 87W. The model of your Apple laptop will determine which can be used to charge your system. Using a higher wattage adapter for your laptop will work as long as it is compatible, but this does not make the system charge faster.

If tugged, the magnetic connector of the MagSafe and MagSafe 2 will disconnect safely to prevent the laptop from being dragged along and helps to avoid accidents. The magnetic connector also aids guiding the charger it into its respective charging port for a quick and secure connection.

The adapter is designed for convenience as the DC cable can be wound neatly around it to make it compact and perfect for travel purposes. For maximum cord length, an AC cord is provided and for an easy travel option, the AC wall adapter, that is also included, can be used.

If you own an older MagSafe adapter, it is possible to purchase a MagSafe to MagSafe 2 Converter to use on a newer Apple Mac computer that use MagSafe 2. USB-C

The MacBook Retina 12-inch introduced in early 2015, MacBook Pro models from early 2016 and onwards use the newly introduced USB-C power adapter and cable. The advantages of a USB-C cable include being faster, more powerful and serves as a tool that is both flexible and reversible unlike previous USB cables.