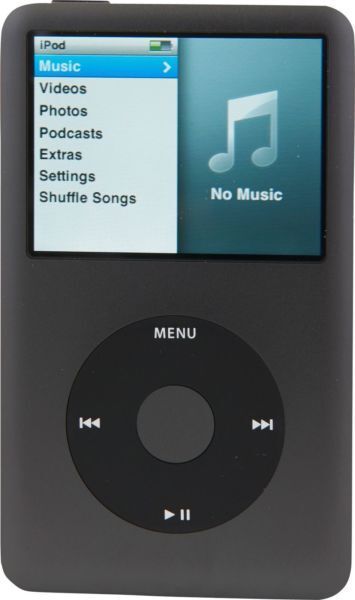 Enjoy Your Music Wherever With an Apple iPod Classic

Music lovers who want to have their collection on them at all times should consider the Apple iPod Classic 160GB. An iPod Classic can play your personal music and podcast files, access the iTunes store, and even play some games. Anyone interested in an iPod will be happy to know that eBay offers a broad selection of models and accessories in new and pre-owned condition and at great prices, too.

What is the Apple iPod Classic 160GB?

Apple iPod Classic is the original iPod series, and Apple retroactively named it Classic in order to distinguish it from the Mini, Nano, Shuffle, and Touch. The 160GB model was one of three configurations offered as part of the sixth and final generation of the Apple iPod Classic. It was introduced in September 2007. The 160GB refers to the storage space available for music files as well as other audio files, video files, and more. A minor revision of the 160GB model was released in 2009. On a full charge, the 2007 version is rated to provide 40 hours of audio and seven hours of video, and the 2009 version is rated to provide 36 and six, respectively.

What accessories are available for the iPod Classic 160GB?

There’s a wide range of accessories that are made by Apple along with products made by third parties through official partnerships as well as unofficially. Official accessories for the iPod Classic will often have a Made for iPod logo on the packaging. These accessories include:

How is music transferred to the iPod Classic 160GB?

iPod Classic supports all version of iTunes prior to iTunes version 12.7. The easiest way to transfer music to your device is to use the iTunes software. The option to manually manage your music lets you add particular songs and even entire playlists. There are also freeware software options available that will allow you to sync your iPod Classic to your PC or Mac without iTunes.

How is the Apple iPod Classic 160GB charged?

Both the 2007 and 2009 versions of this device support charging via USB as well as FireWire. You can connect the iPod to a USB charger or to a USB port on a laptop or other device. The battery indicator is in the upper right-hand corner of the screen, and when the icon is fully opaque, the iPod is fully charged.

Content provided for informational purposes only. eBay is not affiliated with or endorsed by Apple.