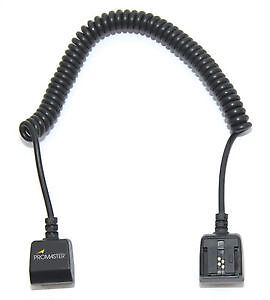 To add an extra element to your photography add a camera flash sync cord for Sony cameras there are a few from which to choose. A flash sync cord enables you to connect an external flash to your camera to then place or old at a different height of angle for different effects for your pictures.

A flash sync cords work by synchronising the flash with the opening and closing of the shutter, much like a cameras inbuilt flash. However this will allow you to elevate the flash or angle it such for greater control over the finished product. Some photographers choose to connect to a flash that sits to the side or even behind their subject for a different effect, for this you will need a longer cord.

On example of a popular sony flash sync cord is the Lastolite 3m off camera flash cord for Sony. This allows you to use a dedicated flashgun up to 3 metres away from the camera while retaining full through the lens flash metering. This is a great way to avoid harsh direct light that often happens with on camera flash.

The lengths can differ depending on what effect you are going for, with the cables often coming in a coiled style which can stretch and retract as necessary. With a secure screw in mechanism, the lead can be firmly attached to your camera. The most common option of attachment is the hot shoe seat which the flash or flash gun slides into.

Extension cables for extra distance as well as other compatible mounts can be purchased if necessary.

Sony produce their own range of flash sync cords which are compatible with the majority of their models, unless you have a particularly old sony camera. There is a wealth of third party makes too, which may be cheaper, but will work in just the same way, though it would be worth checking the compatibility first.

Any external flash or flash gun that has the hot shoe seat will work with these cords, whether new or old.