Save on Computer Drive Bay Caddies 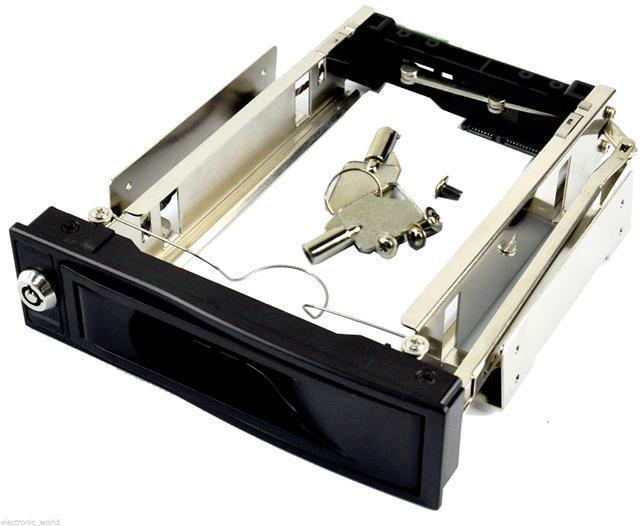 When youre building your own desktop computer , or perhaps upgrading or repairing an old one, you may want to choose one of these computer drive bay caddies to fit the machine youre working on.

The drive bay is an element of a computer that houses some form of hard drive or other mechanism that is essential for the computer to be fully functional. The caddy is the structure that houses the drive, acting like a case for the drive to be stored within.

Drive bay caddies may be used for inserting CDs or other disks into the machine, as well as for general internal components. So you can find spare disk drive caddies if yours has become damaged, enabling you to replace that particular part rather than having to spend more on replacing the whole machine.

Drive bay caddies are usually described as being one of a range of standard sizes, from 1.8 inches to 5.25 inches.

Some of the drive bay caddies on offer come with variable sizing, such that, for example, you can fit either a 2.5" or 3.5" hard drive into the same caddy casing.

USB 3.0 drive bay caddies allow you to tether USB compatible devices to your computer whilst benefiting from the high speed capabilities of USB 3.0.

Computer drive bay caddies are available that are branded by one of the many household name computer manufacturers, including Dell, HP and Toshiba, so you can match up the caddy case to the specific brand of computer youre working on. Or there are unbranded drive caddies on offer, which are designed to fit multiple different types of computer.