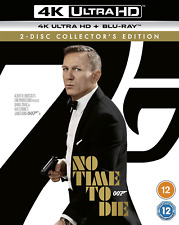 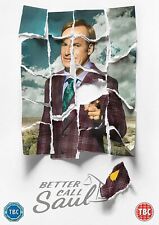 Save on DVDs and Blu-rays

Discover a whole gamut of DVDs and high definition Blu rays. Watch all the best movies from the comfort of your home and rest assured there's something for everyone, from horror and action to comedy and adventure. Find 3D hits as well as box sets and SteelBooks.

You'd be mad to miss out on these tremendously collectable and superbly designed SteelBooks. They're a wonderful opportunity for movie buffs to get their hands on an exclusive or limited edition SteelBook edition Blu ray.

They go beyond the standard Blu ray experience, offering everything from the latest releases and modern classics to best sellers and a whole lot more. Whether you're seeking a special version of your favourite movie, want to treasure it and look after it for as long as possible, love the aesthetics of a specific case or fancy a one off Christmas present, you're sure to find it here.

Want the box set of the ever popular Game of Thrones? Or perhaps you're more of a Breaking Bad buff? Here you'll discover a truly great collection of box sets, ideal for a variety of ages. From Only Fools and Horses through to The Sopranos and Carry On, you'll get your mitts on a brilliant range of DVD box sets across an enormous range of titles. Box sets make great gifts for anyone who enjoys TV and movies, so treat them with their favourite series and they'll be sure to watch it again and again.

When watching a film in RealD 3D you'll feel like you're part of the movie, thanks to the crystal clear image quality and ultra realistic surround sound. Prepare for a truly enveloping experience: brilliant 3D imagery coupled with clear cut surround sound that puts you right at the centre of the movies. For 3D films that pop out of the screen, relax and relish in 3D TV like never before. From sci fi and fantasy to action and adventure, enjoy eye popping, depth enhancing 3D movies that turn an ordinary film experience into a magnificent one.