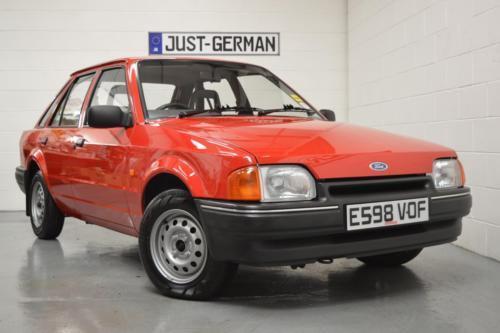 If you fancy popping to work or the shops in something a little retro, on eBay will you find a massive range of 1960s, 1970s and 1980s classic Ford cars that are guaranteed to turn heads. Some are non-runners that need a little TLC, whilst others are in tip-top condition and ready to go, so all you need to do is choose.

Built between 1962 and 1982, classic Ford Cortinas were the best selling car of the 1970s. The Cortina was produced in five generations, Mark I through to Mark V, although officially the last one was only a facelift of the Mark IV.

Complete with 1200 and 1500 four-cylinder engines with all synchromesh gearbox, they came designed as both two-door and four-door options, plus an additional five-door estate. Earlier models had a fairly simple body-coloured front grille, and additional extras included a heater and bench seat with column gearchange.

The Ford Capri was made between 1969 and 1986. Hailed a fastback coupe, it was designed by American Philip T. Clark, who was also instrumental in the engineering of the Ford Mustang. With its recognisable design and sporty style, the classic Ford Capri is still a favourite among classic car enthusiasts all over the country.

The Ford Sierra is a family-sized car manufactured by Ford Europe from 1982 to 1993. The angular style of the body of these cars creates a recognisable silhouette that collectors love. Known for being a reliable family car, a Ford Sierra is both classic and reliable.

Choose a fully-functional Ford classic car to keep for day-to-day use, or take up a new project and discover a new hobby by going for a classic Ford car thats in need of a little work to restore it to its former glory.