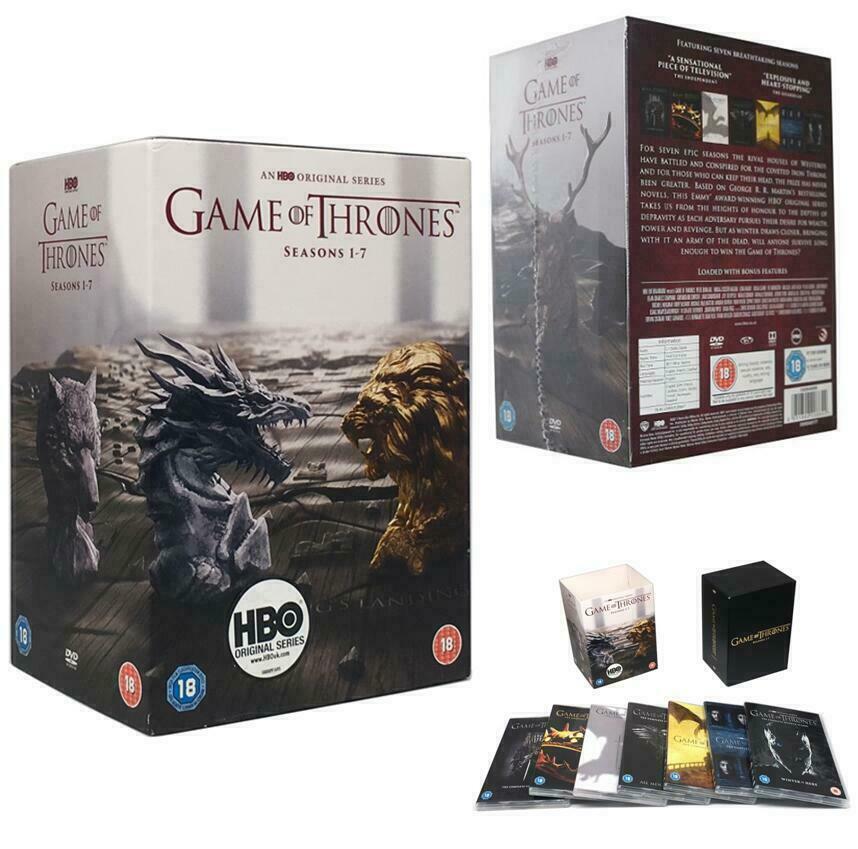 Immerse your self in Game of Thrones box sets

Set in a fantasy medieval kingdom, Game of Thrones follows the fortunes of several families through the tumult of politics, war, and love. The show combines the high fantasy, stunning costumes, and silver screen brilliance of Lord of Rings, with the murder and skulduggery of Ancient Rome.

Based on the bestselling Song of Ice and Fire novels, Game of Thrones has revolutionised the standard of TV dramas and has captivated millions since its premiere in 2011. Now you can marvel at the glory of every splash of blood, snow flake, and link of armour in crystal clear high definition Blu ray.

In Westeros, winter may last a lifetime, but every season is captured in multi-disk box sets so that you can replay the action over and over. All seven seasons can be purchased, either individually or as a complete set for the ultimate TV binge.

Whether you are an avid Game of Thrones fans or want to watch the series for the first time, catch up on over two days and fifteen hours of intense drama and jaw-dropping plot twists, or to reacquaint yourself with old friends and enemies within the houses of Stark and Lannister.

When you purchase a box set you can also enjoy rarely seen footage, including deleted scenes, behind the scenes filming, exclusive interviews with cast members, concept art, and the commentary of actors and the shows directors David Beinhoff and D. B. Weiss.