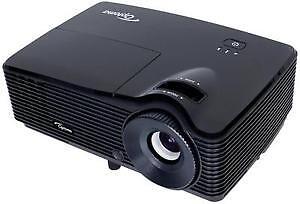 Bring the magic of the big screen to your living room with one of a home cinema projector.

These devices will allow you to have a full cinema experience in the comfort of your own house, providing exquisite high definition picture quality. Projectors can also be used to watch television, play games and surf the internet. A multimedia projector can be connected to a TV, games console, laptop or DVD player to provide you with ideal big screen entertainment.

A UC28+ projector from UNIC is a portable mini high definition LCD device with an LED lamp. This multi purpose projector will connect to a set top box, USB media player, TV, game console, MP3 player and DVD player. These machines are compact and easy to transport and can be used while it sitting on a table or hanging from the ceiling.

The Excelvan E09 is a wireless projector which operates via the Android 6.0.1 system and has built in Bluetooth connectivity, enabling you to wireless connect to other devices. With wi fi connection, you can use it to watch online videos, play Android games, read online news or even do internet shopping. It can also be hooked up to a PC, laptop, games console and TV, among other devices.

A UC46 from UNIC is perfect for viewing films and playing games on a big screen thanks to a crystal clear sharp image with vivid colours and a brightness of 1200 Lumens. It has smart wi fi so you can hook it up to your iPhone or Android device, as well as your PC, laptop or Blu ray player. A built in speaker can be connected to an external speaker for perfect sound quality.

The sleek Excelvan E03 mini HD projector will clearly project an image onto a screen or wall and can be connected to a PC, DVD player, or gaming device. Popular for education and business presentations, these units can also be used for use in a home cinema and can be bought in pink or black.