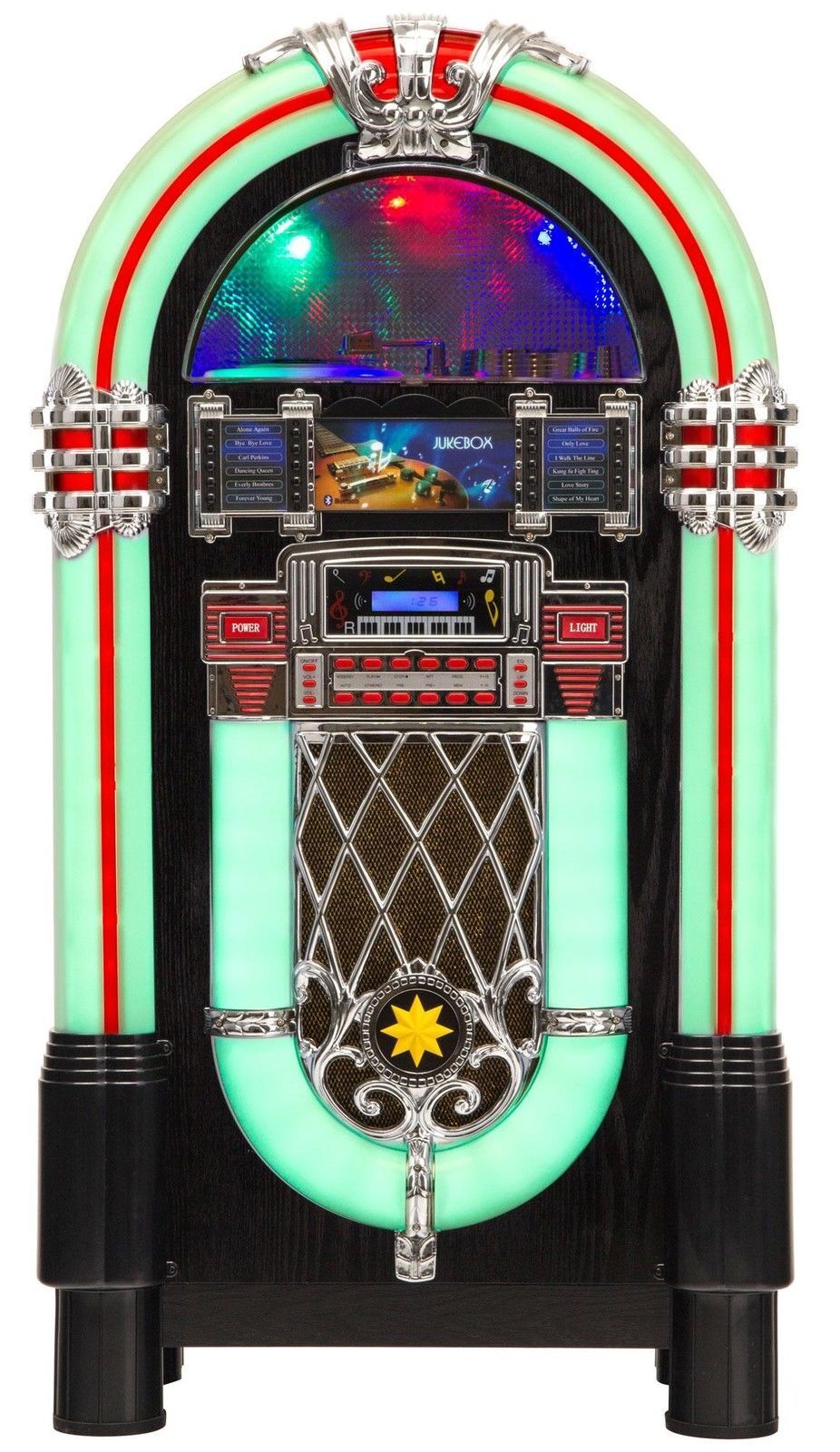 The jukebox has been a mainstay of pubs, cafés and bars for decades, allowing customers to put their personal music selection to enjoy. The jukebox machines have changed over the years with the progress of technology, and some older models have become collectables which can either be wall mounted or freestanding.

Classic brands such as Wurlitzer, Rock-Ola and Seeburg were the pioneers of the jukebox, with their machines becoming icons of popular culture in the 1950s and 1960s. As a result, these models are hugely popular amongst collectors and can fetch large sums of money, depending on the state of the machine.

However, jukebox enthusiasts dont have to have deep pockets, there are many classic jukebox themed radio and MP3 players available. These models are available in either table top or full size forms. Combining classic 1950s looks and modern functionality, it is a great collectable for jukebox lovers.

Rock-Ola was founded in the 1920s by David Rockola, this American company successfully produced jukeboxes in the 1950s and 1960s. Models such as the Max 1494, 1448, 1452 and 1454 are some of their most well known jukeboxes. Today, the company produces modern digital touchscreen jukeboxes for use in pubs and bars.

Seeburg is a well known jukebox manufacturer, who in 1950 was the first company to produce jukeboxes that could play the new 45rpm record format. They also produced jukeboxes that could play up to 100 records. The M100A and M100C are two of their most well known models. A Seeburg jukebox was seen on the opening credits to the Happy Days TV series.

Wurlitzer is probably the most well known jukebox manufacturer, Wurlitzer produced electric pianos and organs, as well as jukeboxes. Wurlitzer jukeboxes were most associated with the big band era of the 1940s and 1950s rock n roll. The 1940s era Wurlitzer jukeboxes are still very popular today and are highly collectable.