Shop by Inside Leg 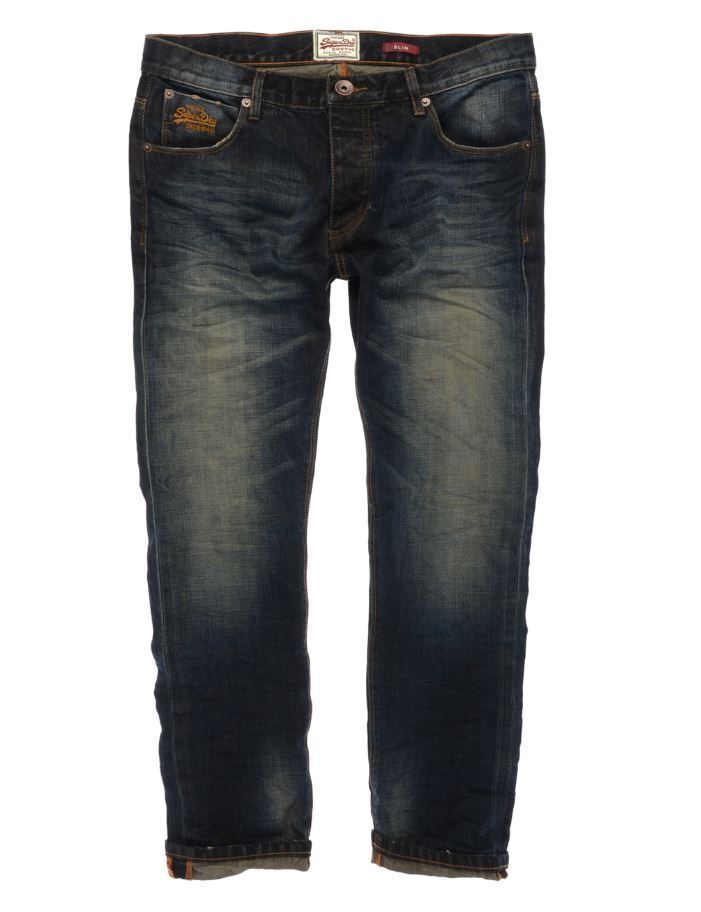 Designed with a simple style and practicality in mind, mens jeans can be found in almost every wardrobe in the land. This dependable modern day must-have item of clothing comes in a wide variety of styles and designs and is prized for its casual comfort. Jeans are a trouser which can be worn by everyone, holding a universal appeal.

The very first jeans were designed in the late 19th century for the miners of the Californian Gold Rush. Crafted out of heavyweight material called denim these workwear trousers became known as blue jeans, named so from the indigo dye used to colour the material.

Still the utility wear style of its original design, nowadays jeans have become a fashion essential. A pair of jeans is the simplest starting point to build off any casual outfit, with styles following several classic trends in several shades of denim.

There are also several styles of baggy jeans available if you have a preference for a looser fit. These styles have a lower slung waist and often have extra detailing such as multiple oversize pockets. Mens hip hop jeans are a good roomy option available in styles which are distressed, with open or cuffed legs.

Mens cuffed leg jogger jeans are an on-trend style with an elasticated waist providing the ultimate level of comfort. Mens cargo and combat style jeans are also a comfortable utility style which have larger pockets and are available in different shades.

A good pair of mens skinny jeans should feel like a second skin. These are a contemporary style, which are generally low to mid rise with a zip fly. Made from stretch cotton, this style is designed to cling closer to the body with a body-hugging fit on the hips, thighs and legs with a very narrow ankle opening.

There are two main skinny styles which are spray-on and standard, depending on the look you want to achieve.

Tapered jeans for men also look great on leaner frames. These jeans stay slim on the leg to create a narrow opening and are cut closely on the hip and thigh.