Save on Men's Leather Belts

Trending price is based on prices over last 90 days. 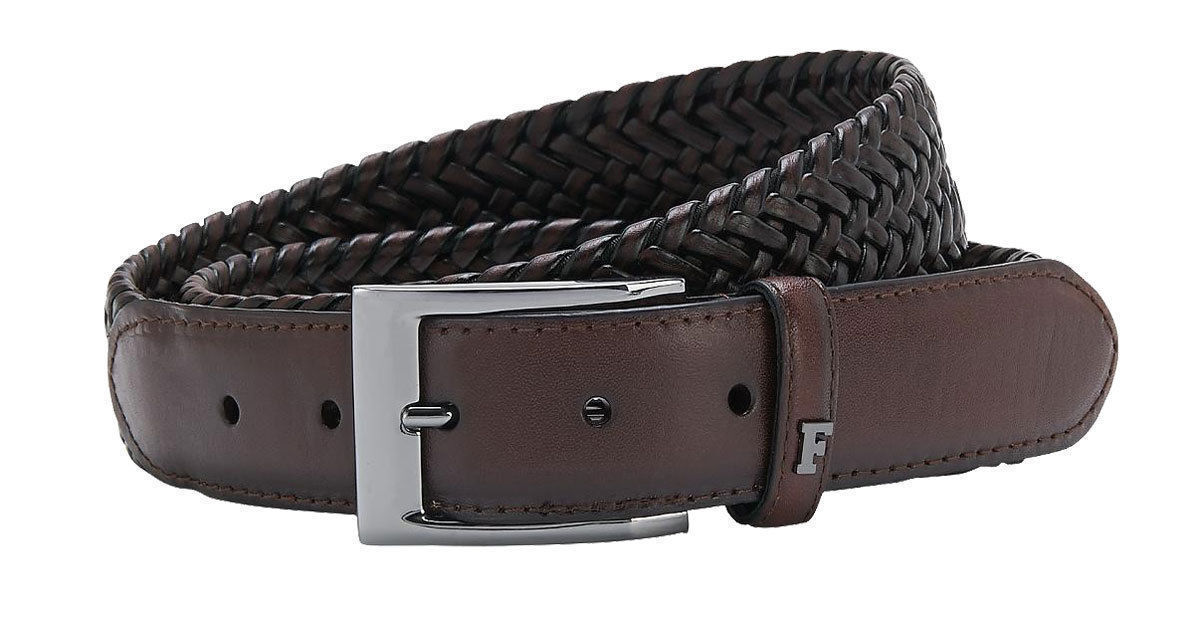 Mens leather belts are strong, durable and designed to last for long periods of time without losing their condition easily. They are available in many different sizes, styles and colours and are often embossed with the name or logo of well-known brands. While belts of this kind prevent trousers from falling down, they are also a must-have accessory for the modern, fashion conscious man.

Mens leather belts from the renowned fashion house Hugo Boss ooze sophistication and style. Made from the finest leather, mens belts are suitable for many different occasions complementing everything from formal office wear to casual weekend attire with ease.

Hugo Boss belts are available in a variety of colours with black, brown and grey being amongst the more versatile hues. Reversible belts offer the choice of two different colours allowing you to pick a specific look depending on your style preferences and mood. Belts come in a range of lengths and widths and are often finished with a beautiful stainless steel buckle. Both single and double belts are commonplace within the Hugo Boss range.

As an edgy fashion brand, Diesel leather belts stand out from the crowd thanks to their innovative designs and unique detailing. Typically crafted from 100% leather and featuring attention-grabbing stud accents and faceted stones, they have the quality, sophistication and attitude youd expect from such a well-known designer.

Colours vary, but its not uncommon to find black and brown belts brought to life by vibrant accessories and eye-catching buckles - many of which are defined by their distinctive diesel branding. Patterns and texture differ from belt to belt.

Designer belts from Armani are a wardrobe staple for anyone who enjoys wearing high-quality accessories on a regular basis. Made from soft leather and available in a variety of waist sizes, Armani belts are comfortable and easy to wear.

Styles differ, but select Armani belts are not only reversible but also offer a selection of Armani branded buckles often crafted from beautiful stainless steel. Belts usually feature the lettering AJ which stands for Armani Jeans and include the notorious eagle logo.

Ralph Lauren belts are aesthetically pleasing helping to effortlessly smarten up various outfit styles. They are as fashionable as they are functional offering secure buckle fastenings that are typically gold in colour and made from metals including brass. Buckle styles differ from belt to belt with box-frame and clip being particularly popular.

Polo Ralph Lauren belts tend to feature the notorious horse logo and come in a selection of widths as well as lengths.