Save on Men's Trousers 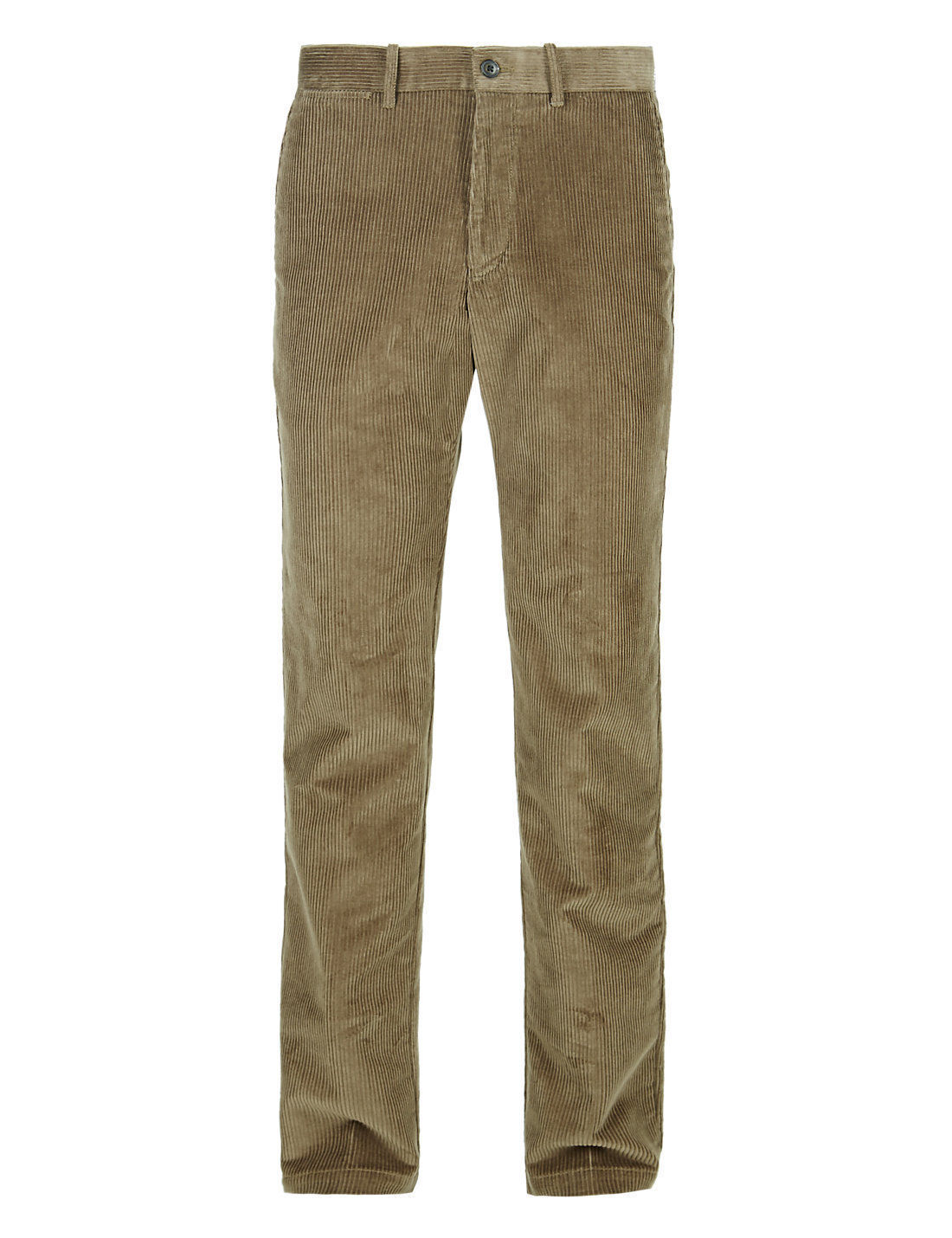 Available in a huge range of cuts and colours, in high, low and medium rise styles for any occasion, the right pair of mens trousers should be chosen with your individual body shape in mind so that the length and fall of fabric is correct for your frame.

A good pair of mens trousers should also have enough pockets to carry the days necessities such as your keys, wallet and phone without bulging at the seams.

Inspired by American military wear mens chinos and khakis are a versatile trouser made from a cotton twill fabric or cotton blend and are typically found in khaki, beige or neutral colours. If you are looking for a less formal option than dress trousers, chinos are a smart alternative. Chosen in subtle tones, they will complement many outfit combinations which can be dressed up or down to suit an occasion. Alternatively, if you are looking to lend an edge to an outfit more contemporary styles are available in eye catching brights.

Mens cargos and combat trousers are military inspired options designed to be much looser fitting than todays streamlined chinos. This style remains popular with many for its utility appeal, being a comfortable and lightweight cotton or canvas trouser with a multitude of zippered, popper or Velcro pockets to keep your essentials. These trousers are available in earthy colours and camouflage designs.

Flat front mens trousers are available in both casual and formal styles and are usually characterised by the absence of front pleats which lend a more sleek and tailored look, ideal for slimmer frames. Usually worn below the hip, these trousers have darts in the material at the front so that the fabric sits closely and smoothly to the contours of the body. The more formal style of flat front mens trousers is suitable for the office or for a special occasion.

Mens casual trousers such as jogging bottoms are an informal style of soft trouser, worn during sports or purely for comfort. This type of trouser is designed for ease of movement and as such is often made in loose fitting cotton or synthetic mixes. Closer fitting styles are also available manufactured in stretchy unrestrictive fabrics with breathable qualities. Both styles have elasticated waists. Jogging bottoms are available from major sporting brands such as adidas, Nike and Puma as well as high street brands. Mens casual trousers have been adopted as everyday casual wear by many because of their extreme wearability and comfort.

Users browsing for Mens Trousers in Trousers usually look at: