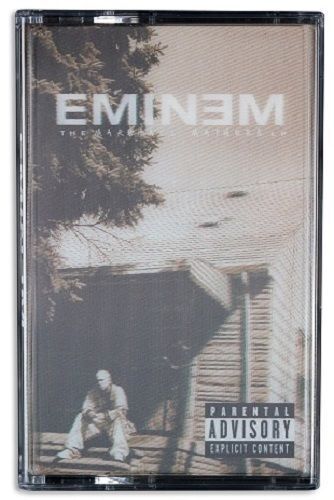 In the days before digital downloads, if you wanted to own your favourite tunes youd need to buy vinyl records, CDs or music cassettes.

Cassettes were either pre-recorded with content or blank. Blank cassettes contained no content, so the user could add their own. Pre-recorded tapes had a small square of plastic missing from the top, which prevented you from accidentally recording over it.

Music cassettes initially featured albums. They had an A and a B-side and, unlike CDs, you had to turn over the cassette at the end of side A to listen to the whole album. Cassettes usually had identical track listings to the vinyl version, although sometimes albums on cassettes contained bonus tracks.

In the 1980s, cassette singles, or ‘cassingles, were introduced. These were tapes of individual tracks released as singles by artists. Some cassette singles featured different mixes to the vinyl version of the single, or extra bonus tracks.

The first cassette single was C.30 C.60 C.90 Go by Bow Wow Wow. Some artists like Frankie Goes to Hollywood, Propaganda and Art of Noise issued unique versions of their singles on cassettes. Sometimes cassingles were produced in limited numbers and used as promotional tools by entertainment companies.

Cassettes were used by unsigned artists to promote their music to record companies and radio stations. The band or singer would record a session and taped recordings would then be distributed in the hope of being signed by a label and receiving a recording contract.

These ‘demo tapes or ‘session tapes are often particularly rare as they were produced in very small numbers and distributed to a select group of people.