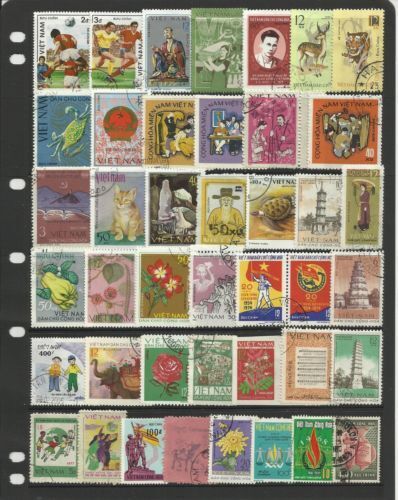 Worldwide stamp collections and mixtures allow you to travel the globe without leaving your home. Thats not all; you can travel back in time and collect stamps from past eras and even from countries that no longer exist.

Worldwide stamps can be purchased in a variety of forms, including mixed bags of unsorted stamps, antique stamp collections already mounted in albums or individual mint condition stamps to complete your collection.

Although postal systems have existed since Roman times, stamps were only introduced in 1840. The time before this is known as ‘pre-adhesive mail.

The worlds first self-adhesive stamp was issued in Sierra Leone in 1964.

Stamps are described as being in a variety of conditions. Mint means that the stamp is unused and is in its original state. Mint stamps may be described as hinged (MH), never hinged (MNH), or unmounted (UM).

The term hinged refers to whether the stamp has ever been mounted in an album. Stamp hinges contain gum which will transfer onto the surface of the stamp, so an unmounted or never hinged mint stamp will be in better condition than a hinged (or mounted) one.

The condition a stamp is in will affect its value. Mint stamps tend to be more valuable than used stamps due to their rarity.

For many, the fun of collecting world stamps is in choosing a topic or theme for their collection. Collections can be themed around a country or region, like Russia, Australia or Asia, or by date, for example, pre-1970s stamps. You can also collect stamps purely based on their design, such as birds, flowers or landmarks. Buying complete collections of already mounted stamps is an easy way to get started on a theme.